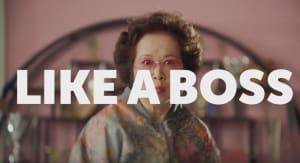 Airtasker is being taken to court over the use of the "Like a Boss" slogan in its recent marketing campaign.

Freelancer.com, a global crowdsourcing marketplace, is suing the local services marketplace for the breach of confidence and misuse of confidential information.

The business is claiming Airtasker stole its intellectual property when now Airtasker VP of marketing Simon Reynolds was the marketing manager at Freelancer.com in 2012. Current Airtasker product manager Devadittya Banerjee was also employed by Freelancer back in 2014.

Freelancer.com claims it had been working internally on the concept to promote the use of freelancers and crowdsourcing business owners, including as an online video/TV series.

It says the "Like a Boss" concept was originally conceived by Nikki Parker in 2012, who Freelancer says was the VP of communications at Freelancer at the time. AdNews understands the idea was to act as an ongoing content platform for the business.

However according to Parker's LinkedIn, it says she begun at Freelancer in 2013 - after Reynolds had already exited the business to begin his position at Aldi, where he worked from 2012 to 2014.

Parker tells AdNews she doesn't remember Reynolds working directly on the series, it's likely he was aware of it. She was adamant the pair worked together at Freelancer despite conflicting dates on LinkedIn.

"The whole company was involved in the series. We set up a studio and we were talking openly about it. It wasn't a secret," she says.

"I came up with the idea Like a Boss, pitched it to our CEO and we created a series. So it was surprising to see that exact slogan and concept used by Airtasker. Especially when the company had close ties with Freelancer - that raised some questions."

Freelancer CEO Matt Barrie says: "Freelancer doesn't take misappropriation of intellectual property lightly and we have commenced the process of litigation against Airtasker."

Freelancer provided AdNews an out take of a pilot of the video series it was working on in 2013. It was posted to their YouTube channel in December 2016.

The Airtasker ads show everyday people celebrating the use of Airtasker to complete ordinary tasks, like putting together a ping pong table or doing the laundry. The three spots finish with the tagline "Like a Boss".

Airtasker confirmed to AdNews Freelancer made an attempt to trademark the slogan the day after its new campaign launched in September.

Airtasker CEO Tim Fung has responded by stating the Like a Boss phrase is widely used and therefore the slogan cannot be trademarked.

"We confirm that we have received correspondence from global crowdsourcing marketplace owner Freelancer Ltd and that Freelancer Ltd attempted to register a trademark for the term "Like a Boss" on the day following our advertising campaign going to air," Fung says.

"We find it hard to believe that Freelancer Ltd has any special rights in the expression "Like a Boss" - it's a popular expression and internet meme dating back to 2004, made popular by the Lonely Island song in 2009. There are also 1.8 million YouTube videos and 19.7 million Google results referring to the term “Like a Boss”.

"We found the widely used "Like a Boss" phrase resonated with our community, as it captured the great feeling of accomplishment our members experience when getting tasks done on Airtasker."

The campaign is the first major marketing campaign from Airtasker, from creative innovation agency U Don’t Know Us (UDKU).