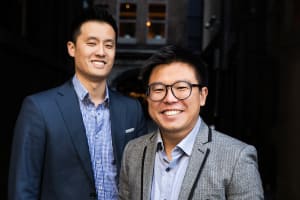 Seven West Media is the lead investor in online job outsourcing marketplace, Airtasker, securing a 15% stake in the business.

The online marketplace, which enables people to pay others perform odd jobs, has raised $22 million in its second funding round.

As part of Seven West Media’s deal it will provide media support and investment to drive the platform’s growth.

The additional funding will be used to further Airtasker’s marketing efforts and to build a technology team to underpin its growth.

The company intends to dramatically raise its profile in a bid to become a household name in Australia, something Seven West believes it can help with, due to its multiple media channels.

Seven West Media CEO Tim Worner says: “We continue to pursue opportunities to build our company through key strategic investments in new disruptive ventures which can scale rapidly with the benefit of the promotional power of our assets.

“Airtasker is an exciting investment for SWM and we will drive brand awareness and engagement for Airtasker via our massive audiences in a way that only Seven West can."

Airtasker CEO Tim Fung says: “We’re helping Australian people and businesses get more done with their day. Whilst we’ve seen rapid organic growth over the past year, we’re only scratching the surface of a multi-billion opportunity - we still have a huge way to grow in Australia alone.”

Airtasker has raised a total of $32 million in capital since founding in 2012. In the first funding round in May 2015, Airtasker pocketed $6.5 million. Since then, the company has doubled its total number of users from 250,000 to 600,000 and hired former Dick Smith CTO Paul Keen.