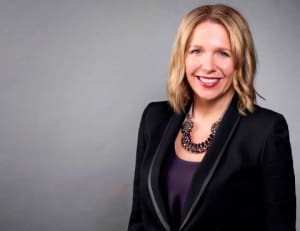 Senior agency figures have stressed the need to look beyond the owned, earned and paid trifecta pinpointing the need to have a more rounded view of a brand's offering to truly deliver a competitive edge.

Speaking at last Friday's Media Summit, Initiative CEO Lee Leggett said that agencies need to get a better understanding of the “entire customer journey” and that currently, “there's too narrow a focus in the business.”

“Brands are increasingly built on experiences – built on what they do not what they say,” she said. “And, paid media is the amplification of what a brand does, not what it says.”

She added, “Agencies need to think about every aspect: product development, user experience, distribution, e-commerce because in a connected home and a connected world, media is a part of that.”

Also speaking at the session, 'Paid, Owned & Earned - what’s driving media agencies to rapidly reinvent themselves beyond paid media? Mindshare Australasia CEO Katie Rigg-Smith explained how she believes the role of the planner/buyer will alter completely within the next three years to compensate for the changes.

“We need to have a grown up conversation with clients and take a good look at ourselves. People won't necessarily engage with owned assets – just because you build it doesn’t mean they will come,” she said.

However, Tourism Australia's recently-appointed CMO Lisa Ronson revealed that her organisation continues to spend more on paid media to amplify its message from owned channels.

“We’re a marketing business, focused on cutting expenditure in other parts of the business so we can reinvest that money in marketing,” she said. “We’re also investing more in paid channels, but we will continue to invest in time and resources in our own channels.”

Speaking about his firm's extended pitch process for the Woolworths business last year, Carat CEO Simon Ryan said: “We looked at how we could leverage their owned assets so we could reinvest that money back into media to compete and win the retail war.”

He also went on to explain how the grocery firm's owned assets could be harnessed above and beyond paid and owned channels. “We looked at Woolworths as an owned business so, we said 'let's look at the opportunity to drive revenue for you directly outside of bought media'.”