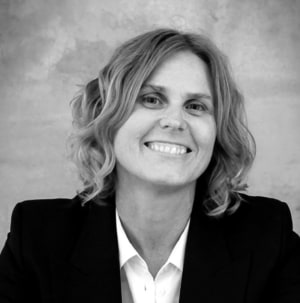 Creative agencies have the ideal environment and culture that helps spawn the true creative “weirdos” that go on to create the best work, according to McCann CEO Nicole Taylor.

Speaking at the Account Management Group and Communication Council's Hunting with One Bullet event, Taylor aired concerns about too many creatives playing it safe with big ideas, which then stifles the sector and forces brands to take a gamble on consultancies instead.

She said brands shouldn't only rely on consultants, despite admitting some work coming out of consultancies has been better than work of other agencies.

“Organisations and industries other than advertising are doing it better and are attracting amazing talent,” Taylor said.

“If we don’t have brilliant, creative people then we can’t really offer the value that we promise our clients."

Tayor admits she is “worried” about creativity in the sector as while consultancies may at times be doing great things, that type of environment will not breed long term value for a creative exec.

“Let’s be more inspired by the creative businesses as opposed to, and I’m going to say it, the management consultants,” Taylor said.

She said it's about taking inspiration from creative businesses who are backed in that space and giving it a go.

Evans backed Taylor’s call to be brave, but stressed that once an idea is completed it’s no longer brave - which is what she tells clients that approach her asking for an ‘Uber Eats ad’.

Taylor was joined by the rest of the panel in her concern for the lack of boldness by creatives and urged the industry to get back to basics, saying people need to start caring about the industry rather themselves.