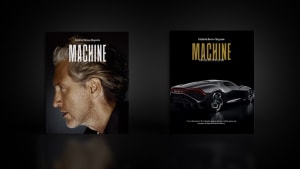 The Australian Financial Review (AFR) Magazine is adding a new title to its portfolio and sees a positive future post-Nine merger.

The new magazine, called Machine, will be distributed as a supplement to the AFR Magazine once a year as early as March 2020 and is headed up by motoring journalist Tony Davis.

Machine will focus on the emerging technologies around transport, from Uber Air, which is launching in Melbourne next year, to other innovations such as electric cars.

AFR Magazine editor Matthew Drummond says Machine aims to capture readers who, like readers of its popular Watch series, are “inspired by things of engineering”.

“The shift to electric and autonomous vehicles feels like one of the biggest technological arms race that’s happening in businesses anywhere in the world,” Drummond says.

“The stories you can do on the technologies and automobiles is vastly bigger than the amount of space we have in the magazine. There’s so much happening in engineering right now that we wanted to do a magazine around this new phase of a technological revolution that’s less around communication and more about moving people.”

The addition of Machine has been on Drummond’s agenda for some time. He says it comes during a strong period for the publication, in the face of uncertainty for the wider print industry.

Since it was acquired by Nine, The Australian Financial Review, along with the other former Fairfax titles The Sydney Morning Herald and The Age, has added trainee journalists and brought its sub-editors in-house again, after Nine ended its deal with Pagemasters. At the same time, the broader Nine business has had redundancies.

“I feel like there’s a confidence in the business model of the Financial Review such that we can take the risk by creating a new magazine like Machine,” Drummond says.

“I’m not sure if the Nine merger was critical to the launching of this new magazine but I know there’s a real clarity in the direction of the AFR that comes from being part of what is Australia’s biggest media company.”

Nine is also launching The Nine Luxury Collection which unifies its luxury brands, such as the AFR, Boss, Traveller and GoodWeekend.

“By harnessing the power and prestige of our luxury brand portfolio we can offer advertisers a full-funnel luxury marketing solution to engage and influence affluent consumers across print, digital, and brand experiences,” says Chris Nardi, Nine’s director of sales, publishing.