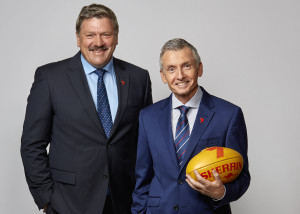 Australia's most valuable spot delivers some of the highest engagement levels on TV, new research has found.

The ad break straight after a goal is kicked in the AFL grand final fetches anywhere between $150,000 to $175,000 per 30-seconds, sometimes even more.

In the TV business, this makes the AFL grand final the closest live sports event we have to the Super Bowl in an advertising sense. The other major sporting event that comes close is the NRL grand final on Nine, which charges about $125,000 per 30-second spot.

“We've run some Neuro Science on this and tracked the levels of people watching the game. The high engagement levels in live hold at a very high level throughout the break before it gets straight back into the content,” Burnette says.

“That 15-second ad after an AFL goal on Seven is the most effective and powerful spot on Australian television. It's short, it's in the moment and people aren't looking away to be distracted. We've seen some great success there.”

The largest reach on TV

Seven is confident of attracting national reach of around 6.5 million people for this Saturday's grand final between the favourites Adelaide Crows and the Richmond Tigers at the MCG.

A bumper TV audience in the grand final would cap off another hugely successful AFL season for Seven.

“Live sports has such a huge interest to Australians and you see that with the ratings and the advertisers definitely recognise that,” Burnette says.

This year, Seven's AFL home and away season coverage has delivered a 5.5% lift in total people and around a 10% lift in revenues.

Burnette tells AdNews the growth is being driven by several factors, including new interest from women in the sport and the closeness of the home and away competition (only six points separated the top six teams).

The network has also expanded its coverage around the games, introducing the light-hearted Front Bar program to Thursday nights, a second magazine style show outside of the more serious Talking Footy on Monday night.

“We had more prime time this year with game on Thursday night and shows like the Front Bar priming our footy proposition more. All of these things help promote the game,” Burnette says. 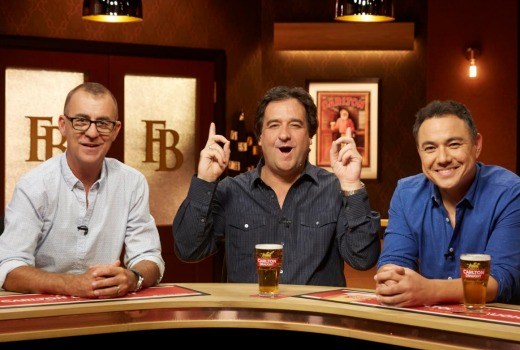 The Front Bar has been a hit for Seven on Thursday nights.

“Some were buying previously buying spots but have stepped up while Sportsbet took over from Crownbet,” Burnette says.

“Kellogg's is new and started out with the women's but also came on board for the men's.”
Seven is introducing new innovations to the broadcast to better integrate sponsors and keep coverage interesting to fans.

Fans can also expect to see new technology in the broadcast, such as Telstra Tracker, which measures individual player metrics such as the distance covered and bursts of speed.

Telstra Tracker has been used in rugby league and the technology is used in sports coverage in Europe (such as the English Premier League) and the US (Super Bowl).

Seven's coverage of the 2017 AFL grand final kicks off at 9am on Saturday. Check out Seven's promo of the event below.