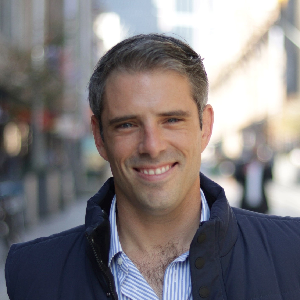 Blackwood told AdNews the local industry currently views adtech in a more modular way which isn’t allowing it to be optimised to its full potential.

“The opportunity to add value via a fully integrated approach could not only make ad spend more efficient, but also deliver a connected brand story,” Blackwood says.

“There is a knowledge gap regarding dynamic creative optimisation (DCO), meaning a great opportunity to support brands as they build an understanding of how to move away from siloed planning to produce a joined-up storytelling experience for all customers – no matter the platform they are targeted on.”

He sees the future adtech heading towards this integrated approach, alongside the standardisation of cross-media measurement solutions.

While programmatic is still making its way through the infancy stages, Blackwood says its full potential is being realised on a global scale.

This potential has been realised across the APAC market, including Australia where the online advertising market hit $8.8 billion in 2018, up 11.6% from 2017.

“We now have access to mature technology, which has overcome many hurdles – most recently with transparency concerns – and now programmatic looks to have earned its place as a core part of adtech’s future,” Blackwood says.

Artificial intelligence (AI) is another area Blackwood believes is “ripe for development”, but as he notes it has already started to pave its way across a number of industries.

“This isn’t a future-looking prediction; AI is already a reality in many forms,” he says.

“As we look further into the future, we will see increasing use cases, application and decision-making based on AI, leveraging the full benefits of this technology to solve the evolving challenges faced by advertisers, agencies, and publishers.”

Adform has already developed its own proprietary AI called Odin, which Blackwood says is set to oversee the algorithms and auction processes.

Odin will then be able to learn from failed bids and store both wins and losses in order to optimise for the best results.

The global independent adtech provider hit Australian shores in 2018, following its launch in Singapore and India in 2016 and 2017, establishing the business in the APAC market.

Blackwood says the adtech ecosystem is still establishing itself across the APAC region but the Australian adtech industry has proven to be catching up quickly to its global counterparts.

“As a key growth area in the coming year, the Australian market should take note of the lessons learnt in more established markets – such as the US, UK and Germany – to ensure it overcomes potential hurdles,” Blackwood says.

“Australia has the advantage of a mature advertising sector, making adtech the key to unlocking the great potential for its digital future.”