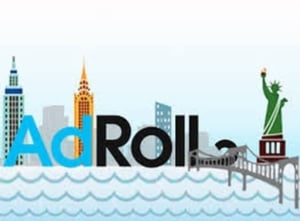 Less than three months after axing the majority of its Australian workforce AdRoll has revealed what it’s calling a “bold new company vision”.

In a statement released today, the retargeting platform outlined its mission as “helping ambitious companies grow revenue and take on big brands”.

It’s not clear how its vision was different up until now. Its website talks about helping clients turn customer data into high performance marketing.

In a LinkedIn post he says: "After six of the best years of my professional career, I’ve decided to move on from AdRoll. When I joined AdRoll in early 2012 from Google, people thought I was insane for joining a no-name ad tech startup ... In another blink of an eye, we were the fastest growing advertising company in the US and a Best Place to Work in SF."

After culling more than 20 staff in December 2017, including managing director Ben Sharpe who launched the company in Australia and Sydney-based JAPAC marketing director Cat Prestipino, a skeleton staff of seven sales execs manned the company’s offices in The Rocks, Sydney.

It now says it is refreshing the brand with a relaunch of its products in EMEA, North America, Australia and Japan, which appears to be a shift towards greater automation with a focus on the needs of SMBs.

It’s not clear if new hires will be made in Australia to lead the company's “next generation”.

Scott Gifis, the recently appointed AdRoll president, says: “Digital has never been more vital to the success of any business strategy, but it has also never been more complicated. Since 2007, AdRoll has been committed to making effective digital marketing, however complex, simple for marketers and business owners so they can attract, convert, and engage more customers. The next generation of solutions reinforces our mission is to help ambitious businesses grow their business no matter their resources, budget, or marketing expertise.”

Marius Smyth, vice president of AdRoll EMEA and APAC adds: “Today marks an evolution in our approach as we level the playing field for our customers in EMEA and APAC. Up until now, the odds have not been stacked in favour of ambitious commerce brands in these regions.

“Established brands in the space often have endless resources, budgets, and teams to win the market. That is all about to change. Ambitious commerce companies know that finding new audiences and getting them to purchase requires accurate customer data and powerful technology. That is where the new AdRoll platform will make it easy for these growing brands to win customers everywhere online and to deliver real impact from their marketing strategies in EMEA, APAC and beyond.”