Guy Sebastian can expect to hear the phrase “douze points” on numerous occasions over the next five days if Adobe's social analysis is anything to go by.

The social arm of the software company, Adobe Social, carried out analysis of more than two million social mentions in multiple languages across various social networks to try and see which singers are getting the most buzz ahead of the event.

Australia's own Guy Sebastian tops the list, and 55% of the mentions come from outside of Australia meaning it's not just Australians who are talking about the ex-Australian Idol winner's entry into the contest.

Perhaps it comes as no surprise that Guy Sebastian is attracting plenty of buzz from Australia and elsewhere, with this year marking the first time Australia has been invited to participate in the contest proper.

Adobe has also stepped out the buzz by sentiment, with 58% of the social buzz around Sebastian relating to either joy, admiration, or anticipation.

The rest related to surprise, sadness, or disgust. 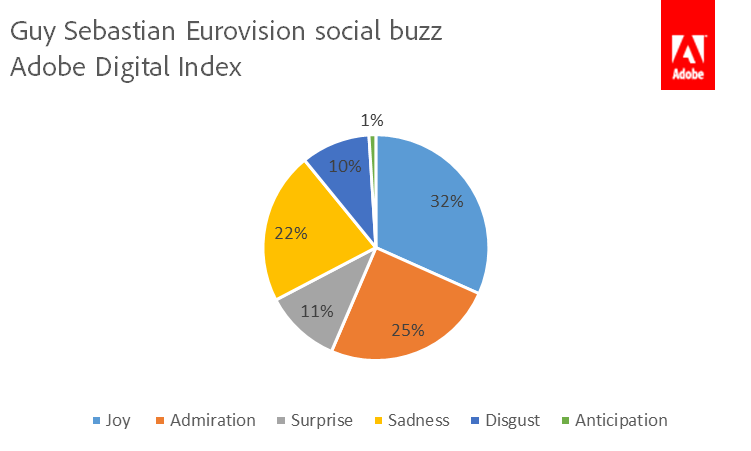 Yesterday SBS announced that cult-figure Lee Lin Chin would be the official spokesperson for Australia as part of the contest. 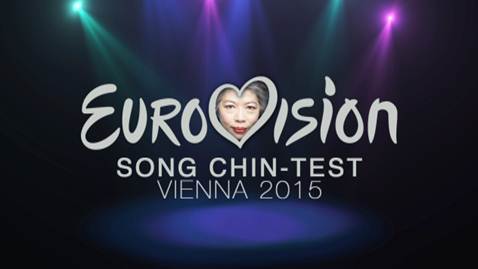 She will announce the final three countries that will receive Australia’s – 8, 10 and 12 points.

When asked how she feels about presenting so early given the time difference, Lee Lin Chin responded: “I’m not worried about being up early, I’ll just have to take a break from the clubs for 20 minutes.”

Expecting an influx of interview requests from Australian and international media (for which the answer will always be no, given her new commitment to campaigning for the 2016 Gold Logie), Lee Lin prepared the following statement:

“Since I’m announcing my candidacy for the 2016 Gold Logie, I’m very excited. 195 million people watch Eurovision every year and if even just 10 million of those buy TV Week I’ll have it in the bag," she said.

"As SBS’s most recognisable personality I couldn’t say no to such an opportunity. I’m the obvious choice - not only have I been to Europe but I also listen to music from time to time.”