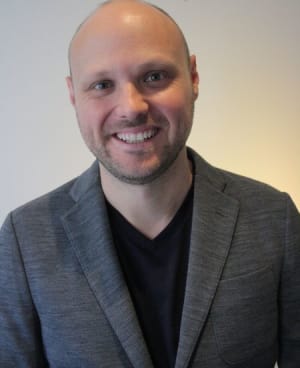 According to AdAge, incumbent agencies Starcom MediaVest Group and Carat are both on alert.

The company has spoken publicly on the need to cut agency costs.

Southern Cross Austereo (SCA) has appointed Wade Kingsley to the newly created role of head of ideas and integration.

Kingsley starts his new role today and is charged with leading the promotions, response and creative teams across the country and developing integrated ideas for clients. His remit means he will work with both SCA head of content Craig Bruce and national sales director Andrea Ingham.

He was most recently GM of Dentsu-owned media agency Vizeum and previously worked with Nova Entertainment for over 15 years.

Kingsley said: “In media, there is no finish line. The battles are never won or lost each day or each individual ratings survey - they are ongoing. I look forward to leading the team to develop strategies that will be successful for our listeners, clients and shareholders over the long term.”

Russh magazine has this morning launched a mobile site in partnership with premium luxury goods brand, Hermès. The launch was driven by the trend toward users accessing the magazines' website through mobile platforms. The title’s main objective was to create a user-friendly and enjoyable environment for readers.

Production house Engine Room Products has hired Damien Cassar as a director, as the company marks its first anniversary.

Cassar has experience as a director on reality series MTV Style Me, music documentary The Other Stage and comedy web series Town Centre, along with working with clients including Red Bull, Air New Zealand, Qantas, McDonald's, Communications Council and the Sydney Opera House.

Hyde said: “It's been a whirlwind first year, but Engine Room is meeting a growing demand for strategically-led digital screen content for the 'always-on' online audience.”

Renault, ahm Health Insurance, Bingle Car Insurance, and Harvey Norman have been named as the major sponsors of SBS' coverage of the Eurovision Song Contest.

This year is the first time Australia will officially compete in the contest as a wildcard, and television numbers are expected to be strong for the multi-day event.

Last year the contest brought over 3 million sets of eyeballs to SBS, and this year's contest is set to kick off on Wednesday.

SBS, which showed the Grand Final contest between Melbourne Victory and Sydney FC on a one-hour delay, brought in 360,000 people, an increase on 23% of last year's finale between Brisbane Roar and the Western Sydney Wanderers.