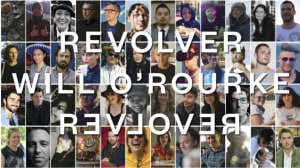 This is from the June issue of AdNews Magazine. To see it-print first, and to support AdNews, see here.

Spotlight shines a light on smaller or more unique companies in the industry making a big impact. This month it's production company Revolver/Will O'Rourke.

“Leaping over the low level noise of basic content,” the agency is headed up by partners Steve Rogers and Michael Ritchie.

With strategic partnerships in the US and UK and offices in Melbourne and New Zealand, clients have included Old Spice, Nike, Westpac, and Tourism Australia, not to mention Baz Luhrmann and Chanel.

Name of agency: Revolver/Will O'Rourke
Total number of staff: Including our directors, 44.
Location(s) based: Sydney, Melbourne, NZ, US and UK
List  of work: Tourism Australia (Droga5 NY), ANZ (TBWA Melbourne), NAB (Clemenger BBDO Melbourne), Westpac (DDB Sydney), Cochlear (CHE Proximity), Chanel (Baz Luhrmann), Holden (The Monkeys) and TAC (Clemenger BBDO Melbourne).
Company mantra: We don't really have a company mantra. If we did, it would logically involve working as hard as we possibly can for our agencies and client partners and frankly, make it good work. And beyond that, just being there for each other.

Michael, why did you start this company?

Initially Steve Rogers started Revolver, then I joined in 1999 and we became partners. The reasons why we started working together was purely a shared sense of what we wanted to achieve.

I loved Steve’s work even in the early days; he was masterful then and even more so now. Since then, having Pip Smart (who is absolutely her name’s sake) come in as EP with me in Revolver and Josh Mullens who deftly started and is running the Will O’Rourke side, we now have a roster of directors and creative executors that is truly (as much as I hate the term “world–class”) world–class.

What services do you offer and how has this evolved?

Revolver still remains focused on high end commercial film work. In 2010, we then added the Will O'Rourke arm, which deals with experiential commercial work that is everything from creating, designing and building GAYTMs for ANZ, to working with Cochlear in creating a film that has a different storyline depending on your level of hearing loss.

More recently, we have also started RevLover, which focuses entirely on drama, both in film and television. We have Martha Coleman, who is ex–head of development for Screen Australia heading this up.

What’s your point of difference?

It's no accident that we have these three elements to our company — Revolver, Will O'Rourke and Rev-Lover. We do feel that we are responding to the needs and wants of forward–looking agencies and brands who want to leap over the low level noise of basic content or formulaic commercials.

What makes your team unique?

There are a bunch of things that make us unique I guess; our roster of directors, our ability to solve production problems differently, working with The Glue Society for one, who look at each creative problem with a very different solve.

Who is your ideal client?

We are grateful for any client that really wants to make a difference.

One of our creative partners, Jonathan Kneebone, often refers to a Dave Trott quote: “A client that wants to do the things that other clients are too scared to do or too lazy to try”.

This works. If we do this, you would hope your work then stands out, gets noticed and makes money for the client, which is essentially why we are here. 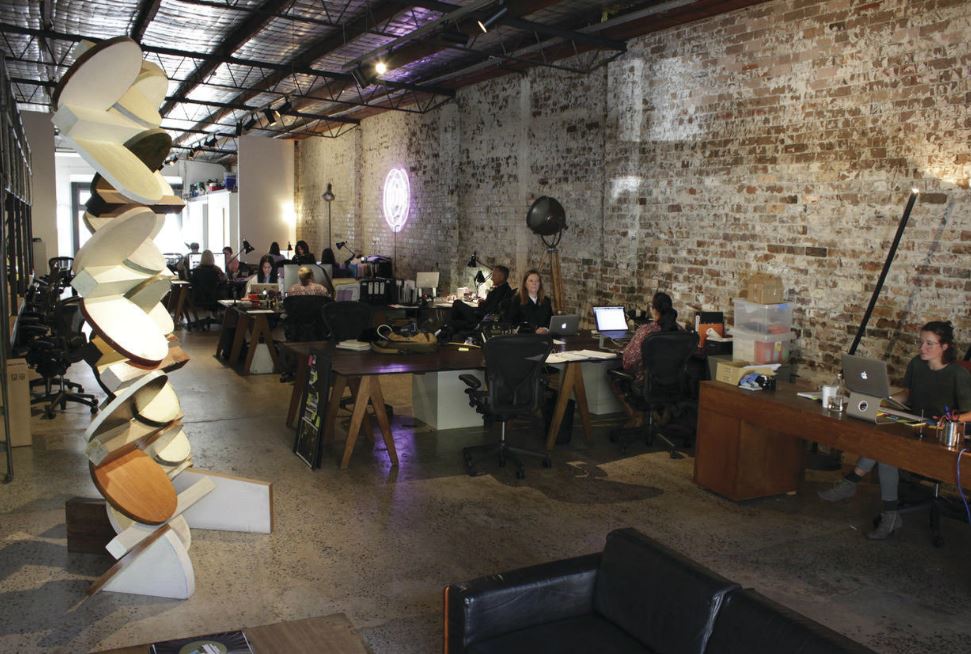 Fair to say, the dream brief would be The Tourism Australia Dundee campaign, throw in an experiential component, then topped off with us actually making the real movie.

What has been the biggest challenge?

We really fight for making some-thing properly. Right now this is more important than it ever was.

How do you view the competitive landscape?

It's just incredibly competitive and that competition is really what drives things hard to the benefit of the client.

On top of being pushed and pushing our competitors, I am seeing the increased desire for agencies to adopt their own in–house production companies, and while this might keep revenue in–house, it also has to be right for the client.

I think competition drives the fiscal and creative bargain for the client and if the creative work is strong, there is even more bargaining equity there.

Notable ‘people and culture’ efforts made by the agency?

Like many parts of our business, we do a bunch of pro bono work. We are really proud of this.

Projects such as 'Stop the Horror' that we did for Andrew Denton’s Go Gently initiative in partnership with Cummins & Partners.

This time, a year ago, we worked with Clemenger BBDO on the 'Until we all Belong' project, being significant corporate support in getting the equality message out before Australia voted.

We have just released a film directed by Kim Gehrig exploring the psyche involved with one–punch violence. It was all based on twisting that old Divine song, You think you’re a man.

We've also worked on an amazing campaign, yet to be released, on the ever–present domestic violence issue.

Outdoing 2017, on top of making work that Australia and the world sees and work that hopefully brands move their product with. On the RevLover side, we are moving close to production on a couple of our television comedy projects.

This business can be really brutal, you can be the one to watch in 2017 then out in 2018. My answer to this question is Revolver/Will O’Rourke is one to watch this year, next year and the 20 years following. Why? I hope the responses above help and our agency partners and clients back that up. 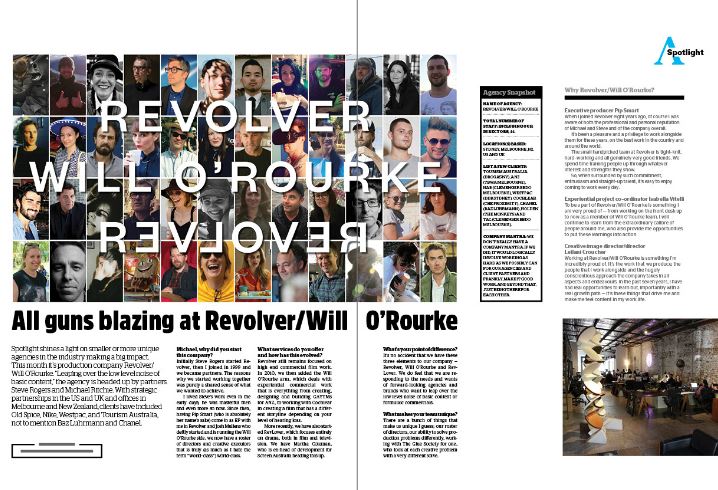 What the staff say:

When I joined Revolver eight years ago, of course I was aware of both the professional and personal reputation of Michael and Steve and of the company overall.

It’s been a pleasure and a privilege to work alongside them for these years, on the best work in the country and around the world.

The small handpicked team at Revolver is tight–knit, hard–working and all genuinely very good friends. We spend time training people up through whatever interest and strengths they show.

So, when surrounded by such commitment, enthusiasm and straight–up talent, it’s easy to enjoy coming to work every day.

To be a part of Revolver/Will O’Rourke is something I am very proud of — from working on the front desk up to now as a member of Will O’Rourke team. I will continue to learn from the extraordinary calibre of people around me, who also provide me opportunities to put these learnings into action.

Working at Revolver/Will O’Rourke is something I’m incredibly proud of. It’s the work that we produce, the people that I work alongside and the hugely conscientious approach the company takes in all aspects and endeavours. In the past seven years, I have had real opportunities to learn but, importantly with a real growth path — it’s these things that drive me and make me feel content in my work life.

Our directors can be recreating the last days of someone’s life like in 'Stop the Horror' or shooting with Wieden & Kennedy in Namibia or running 360 story boards for Google’s Tilt Brush technology.

This campaign found the most eyeballs of any Super Bowl campaign this year. The reason was due to the viewership nearly doubling online because people were simply engaged in it.

For us, Droga and TA challenged our director, Steve Rogers, to really really make a series of teasers and a trailer that genuinely felt like a Hollywood film. We did this and the press went bonkers. Film critics were supporting or denouncing the film, there were polls taken to get the film made.

Just Google ‘Tourism Australia Dundee’ and see the press activity for yourself. For us, it was extraordinary. Now we need those Americans to come down here!

For five years we have designed, produced and installed the GAYTMs that truly connect ANZ with its 10–year major sponsorship of the LGBTI Mardi Gras. This was one of the early forays from a corporate entity, genuinely supporting diversity and doing it loud and proud. 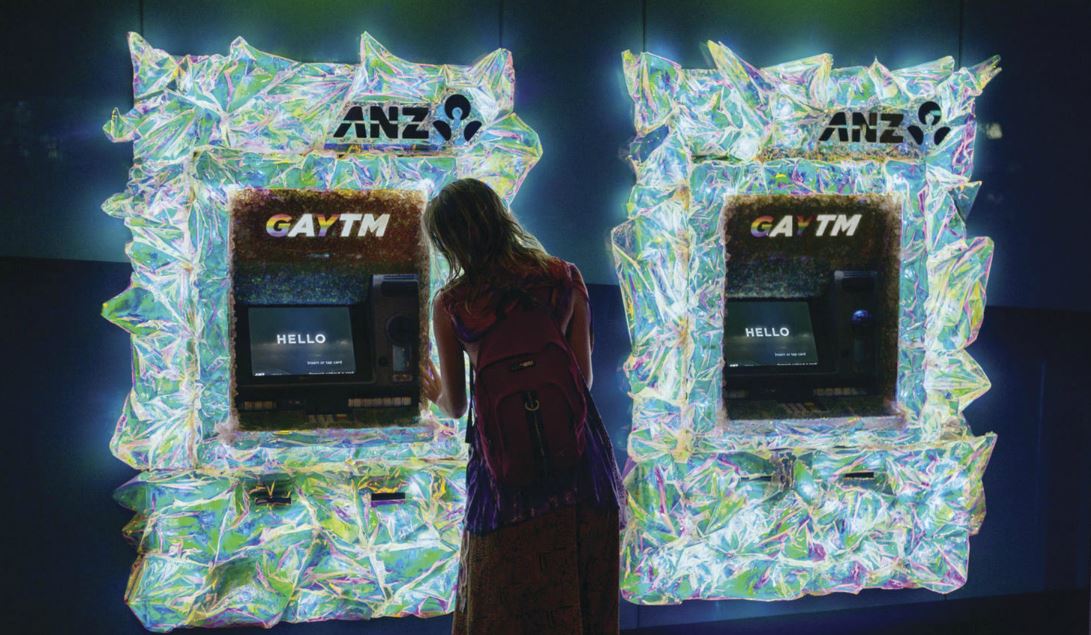 3 As a third piece of work, I don’t know. We could toss in the ‘Cochlear Hearing Test in Disguise’, or the six (yes six) Old Spice campaigns we have done with Wieden & Kennedy Portland or we hark back to the project that initially got us international acclaim, James Boag’s Pure Waters spot that won us our first Gold Lion eight years ago.