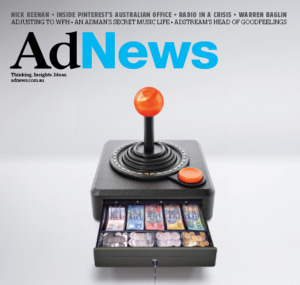 The AdNews May/June magazine has landed. Subscribe here to make sure you get your copy.

We know the industry is facing some of its biggest challenges at the moment, so to give you the latest insights, and something to unwind with, we’re making the digital magazine free during this crisis. Click here to access your copy.

The latest AdNews magazine, with a cover by independent creative director Adrian Elton, has landed and this month we’re diving into gaming and esports, a sector that’s taken off during the coronavirus pandemic.

While Australians have long been avid gamers and esport fans, the sector gained significant attention as more people turned to gaming to help stay entertained while confined to their homes. Esports, the professional arm of gaming, also found new fans as people were eager to catch live sports after most traditional competitions were cancelled due to the pandemic.

We speak to experts such as Ashley O’Rourke, who heads up Publicis Sports and Entertainment, AdColony AUNZ country manager Lance Traore and more. We also catch up with former Village Roadshow chief digital officer Jon Satterley who co-founded “the largest video gaming and esports entertainment venue in the Southern Hemisphere”, Fortress, to cater to the growing audience.

Elsewhere in the magazine, we look at the role of radio in a crisis, speaking to radio bosses and regional players on how they guide a community during tough times.

We also catch up with Carin Lee-Skelton, Pinterest Australia’s country manager, to see how the team is tracking after less than a year in operation. Starcom Australia named Nick Keenan as its CEO in March, so we sit down with the former Red Rooster boss as he reflects on his career.

In other parts of the magazine, we look at how GroupM agencies have adjusted to working from home and learn about MediaCom head of systems and automation Alex Kirk’s journey as a photographer. 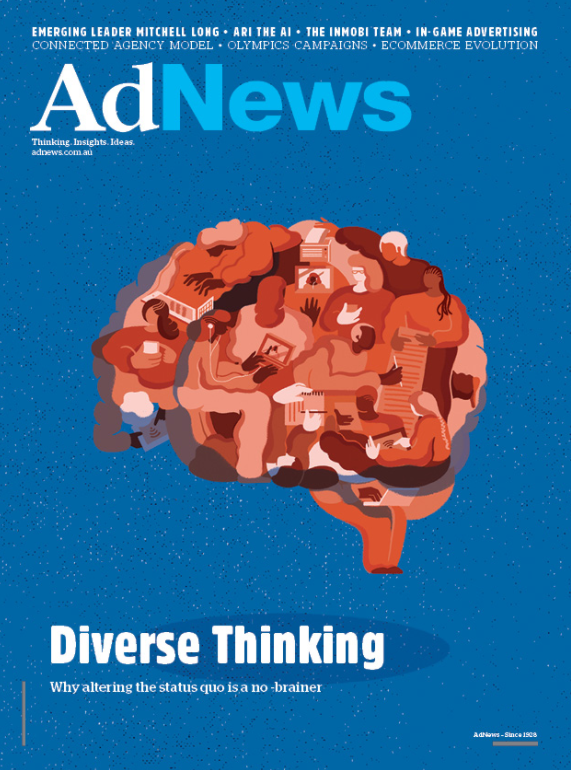 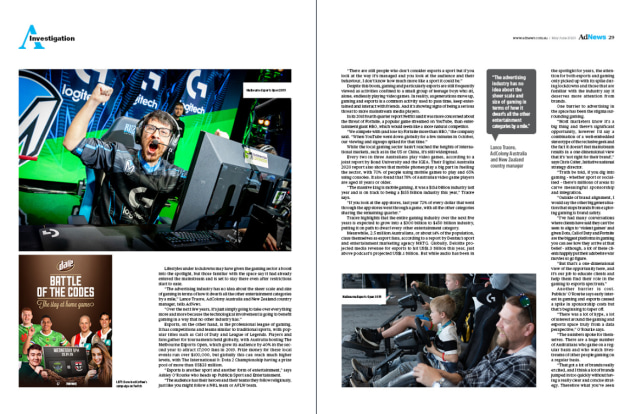 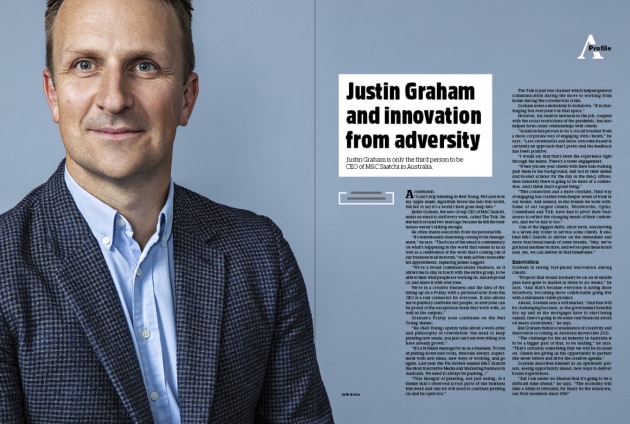 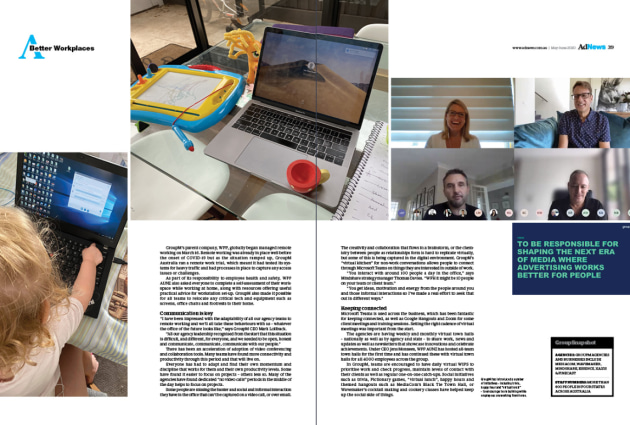