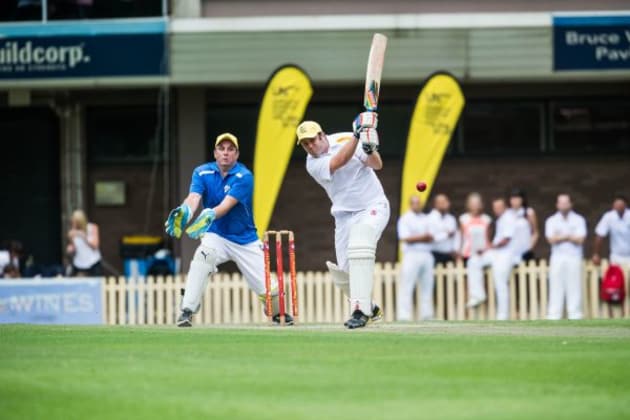 While at times they may feel like going in with a bat against each other, now rival media owners and agency heads have a reason - the return of The Big Clash.

The Big Clash is a 20/20 charity cricket match for UnLtd, uniting industry execs for one day at Sydney Uni Oval next Thursday 25 February.

The real question isn’t if they can forget their differences for a good cause, it’s if the suit-wearers are any good at cricket.

Representing the agency side will be players from: PHD, ZenithOptimedia, Mindshare, Bohemia, Carat, Ikon, OMD, Astus, Posterscope, IPG and Starcom. Cash donations have also been received from each: Dentsu-Aegis, Havas, Initiative, MEC, MediaCom, Maxus and Starcom.

AdNews' very own editor Rosie Baker will be umpiring the event, alongside Mumbrella's Alex Hayes. With Bohemia's Brett Dawson calling for higher standards of umpiring this year, the pressure is on.

Captain of the agency team, PHD Group Australia CEO, Mark Coad, says: “The media owners trained twice a week and turned up in new whites last year. We turned up with an esky and a plastic bat – and still gave them a run for their money. Imagine what we’ll do to them now we’re taking it seriously! All good fun and for a great cause.”

UnLtd CEO Steve Taitoko says the event is a standout example of the industry realising its potential to change young lives.

In 2016, 100% of funds raised will go to support Desert Pea Media, an UnLtd charity which uses hip hop and documentary projects, to allow at-risk young people to explore complex cultural and social issues.

To make a donation in support of The Big Clash click here.

To get involved as a sponsor please contact: ebony@unltd.org.au