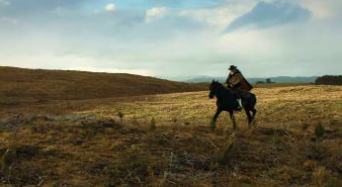 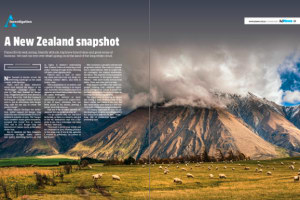 This is from the October issue of AdNews Magazine and is Part one of four of our New Zealand investigation . To see it in-print first, and to support AdNews, see here.

New Zealand is known across the advertising landscape as the small country with big ideas.

There can’t be many initiatives which have enjoyed the impact of the ‘McWhopper’ campaign created last year by Y&R New Zealand for Burger King. Designed in part to draw attention to World Peace Day, Y&R New Zealand’s McWhopper campaign invited McDonald’s to put its differences with Burger King aside for one day, to create ‘the perfect burger’.

When Maccas declined the invitation, public support for Burger King went wild and earned media of US$220 million in a matter of days. The ‘burger wars ceasefire’ made global headlines, scooped two Grand Prix at Cannes 2016, and in 2017, Burger King was honoured at Cannes Lions as Marketer of the Year.

There’s also a slew of other big ideas and ads from top shops including Colenso BBDO, and DDB to name a few.

With a population of 4.8 million, and a quarter of those residing in its largest city, Auckland, it’s no surprise that most agencies are based there rather than the NZ capital, Wellington.

See: 'We can take on the world and do it better', says Burger King NZ marketer

Director of delivery at Auckland-based ad agency 99, Angela Bird, is one of many adlanders who has been drawn to NZ shores, seeking a better work/life balance.

And was it the so-called laid-back demeanour that also pulled back her in?

“On the exterior they are, but don’t be fooled, as there is a tenacity and grit to the NZ demeanour that was a surprise to me, but a welcomed one none the less,” Bird said.

“You need to prove your worth and be consistent in your working practice in the same way it was at the agencies I worked in previously, in London in particular.”

New Zealand is a proudly tolerant and progressive nation. The country’s population is multicultural, with its largest ethnic contingent, the original inhabitants, the Māori. The majority of the population are descendents of European settlers - Pākeha - with more recent arrivals from India, China and other parts of Asia.

With English and Māori the main languages, creating truly culturally appropriate strategies for clients is deeply important, particularly for those involved in creating and producing adverts.

“It’s hugely important to have an understanding as we speak more Maori every day and in turn embrace Te Reo,” Fiona King, MD of production agency Sweetshop said. 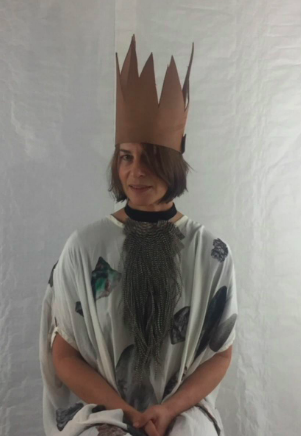 “It’s also important to understand and appreciate culture and history, from here we can truly be proud of what shapes us and have mana to put it all in perspective.

Bird said everyone has a duty to be understanding and respectful to the Māori culture/values in whatever industry they work in but particularly as an immigrant herself.

“In terms of advertising we would be stupid not to understand and actively promote the Māori culture, not only because it permeates agency culture but because our clients also demand it of us,” the Brit said.

“It also brings an additional consideration to the messages that we promote and how we do so, which is now also extending to Asian language/culture as this population is increasing significantly.”

The land of the long tenure white male

King said diversity is an issue with advertising being the domain of white males, mostly. She said there’s still a way to go in developing this further and she’d like to see more opportunities made available by way of internships and mentoring at production companies and agencies.

The religion of rugby also dominates New Zealand. While the country’s sporting battles with Australia, in any code, are as legendary as they are fierce, the comradery the two countries share extends back to the wars served together as ANZACs.

The bond between both nations is clear, and poking fun at Australia (the West Island) is also a common thread in creative coming out of New Zealand.

Air New Zealand trolled Australian cricketer Steve Smith by taking a cheeky dig at him over the ball tampering scandal. A video posted on the airline’s social pages addressed the player and called him a “naughty boy” in comparison to the New Zealand team, which were “playing rather nicely”. The brand explained how it heard he wanted some time off and offered a masterclass in (legal) swing bowling should he want to ‘escape the heat back home’.

In July this year, a new spot from Lynx New Zealand featured Kiwi star Julian Dennison, who by switching from Lynx Australia to Lynx New Zealand, embraced a whole new level of confidence after an Australian threatened to steal his girl.

In New Zealand, there’s no time for hostile vibes, such as those between Melbourne and Sydney — those across the ditch are too chilled for that.

“I think we err on the dryer side of good humour and that in itself can knock the wind out of your sails.... if you were thinking about getting ahead of yourself,” King said.

While the wealthy Pacific nation is renowned for its breathtaking natural scenery, it’s the friendly demeanour of its people that many say attracts them to work in New Zealand.

On the question of what draws international talent to the market, King said from a production perspective, New Zealand is certainly an accessible land for creative ideas and directors.

“Geographically, traversing the extremes of our landscapes can be navigated in a day; from mountains to ocean, from rural depths to urban sprawl, it’s possible in a unit move,” Auckland-based King said.

“The steady trail of agencies and production companies from the northern hemisphere is testament to this.”

Does the friendly demeanour and accommodating nature Kiwis are known for have anything to do with luring top talent?

King said while overseas visitors often comment how friendly the people are, she specifically sees it being the practical and hard working traits that win out.

And the laid back vibes?

“Too laid back might imply we’re not getting stuff done. Quite the contrary. New Zealand is home to some of the world’s great entrepreneurs and inventors. We don’t lack drive or ambition, we just get there by keeping it real,” King said. 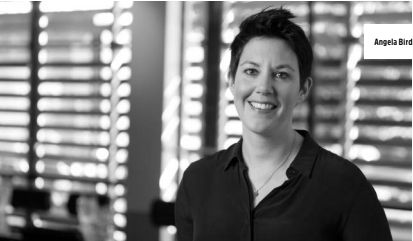 The country is led by the socially progressive prime minister, Jacinda Ardern, and while agriculture is the economic mainstay, manufacturing and tourism are important. Exports of goods and services account for around one third of real expenditure GDP.

The New Zealand stock market rose 22% in 2017 and its GDP growth is expected to increase in 2018, supported by high net migration, tourism growth, robust construction activity, and low interest rates.

The Organisation for Economic Co–operation and Development stresses that strong economic growth is being driven by the “booming tourism” sector and that solid economic growth for New Zealand is projected to continue at 3% in 2018 and 2019.

Tourism New Zealand has launched many bold ad campaigns over the years to pull in visitors. In 2016 filmmaker James Cameron fronted its ad campaign by TBWA Sydney. The ad looked at Cameron’s fascination with New Zealand, with a series of videos shot on the South Island.

New Zealand is known for punching above its weight. It’s a dominant force in rugby, with the All Blacks one of the most revered sports teams on the planet.

From Coca–Cola to Mastercard, insurance firm AIG and Air New Zealand’s viral in–flight safety video, the legendary All Blacks have appeared in many ads and marketing stunts.

The country is one of the top five dairy producers in the world and home to dairy giant, Fontera. It is also famous for its high quality lamb and is the world’s second largest exporter of the meat, only marginally behind Australia, and wool.

The Nielsen NZ Ad Intel rate card also revealed that between July 2017 to June 2018, Harvey Norman was the biggest ad spender in NZ, with a spend of nearly NZ$80 million. This is closely followed by Foodstuffs NZ which owns Pak’nSave, Four Square, Liquor- land, New World and more. With an an ad spend of about NZ$63 million, Reckitt Benckiser is the nation’s third biggest ad spender.

Other industries central to NZ are film production and wineries. 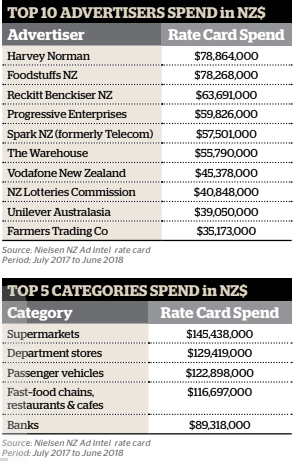