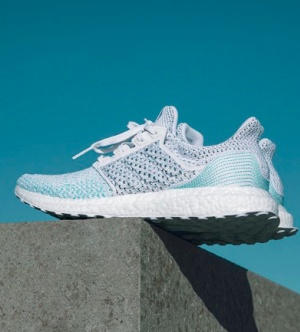 As well as hosting global events, Adidas also launched limited-edition footwear as a visual representation that marine plastic pollution is not just a surface issue.

Sports giant Adidas has joined an increasing number of brands aligning themselves with social and environmental causes, and thinking beyond fiscal duties to shareholders or owners.

In an attempt to highlight the ocean plastic crisis, Adidas released a limited edition pair of ‘UltraBoost’ running shoes made from upcycled plastics.

From 8 June until 8 July, every run tracked on the Runtastic app as part of the 'Run For The Oceans' community went towards a global tally, with Adidas donating US$1 to the Parley Ocean Plastic Program for every kilometre logged - up to a maximum of one million dollars.

As part of 13 global events, an Adidas x Parley Run For The Oceans event in Sydney’s North Bondi Surf Club also attracted more than 200 athletes, media and ambassadors, who took part in a 4k run to Bronte and back.

Hot on the heels of this activity, AdNews spoke with Adidas Pacific brand director of activation, Shannon Morgan, to find out more about the venture and the marketing push behind it.

How does incorporating plastic bottles into clothing help the environment?

The key message that we want to get across is that it’s about prevention. It’s not taking plastic out, it’s preventing it from going in. This plastic is then being turned to thread for footwear – and for apparel as well. It’s about sharing how passionate Adidas is about this cause and our ethos around the power to change lives using sport as an opportunity to communicate a powerful message.

How big has this become for the brand and where did the impetus come for this initiative come from?

The very first run was in New York last year and that’s really expanded this year by running big key events in every key city across the world. At Adidas we have an ethos around sport having the power to change lives and it’s something our head of the brand globally, Eric Liedtke, is super passionate about.

Why are environmental issues important to Adidas as a brand?

For years the brand has been doing a lot of things at a macro level, but no one really took any notice until we partnered with Parley. I suppose it’s because people care. People care about the oceans, they care about protecting the oceans. On a micro level, retail stores removed plastic bags and there’s a huge effort to remove single use plastic such as no plastic straws and single use plastic bottles. It’s really interesting how people get involved and how people make change in the day to day – even if just in a small way.

Do brands these days need to be more socially conscious to succeed?

Everyone is doing something now and you can sort of see that, such as the supermarkets announcing they were stopping the use of plastic bags. There’s a stat that we’ve been using which is by 2050, it’s thought there will be more plastic in the ocean than fish. That’s ridiculous, that’s insane, so this movement has been building for some time.
As one of the leading sportswear brands in the world, we’ll will continue to safeguard the oceans for future generations.

What benefits are you seeing from being socially conscious?

What we’ve noticed is twofold; with our consumers and our staff. We know that consumers resonate with the idea that “what you stand for, is what you make”. That’s why we live by the movement that through sport we can change lives.

Consumers are more supportive of brands that support what’s important to them and we know that Australian and New Zealand consumers are passionate about the oceans. We’ve seen lessons in that and we’ve seen consumers respond to that.

Then there’s driving a deeper connection into the workplace. Sustainability can be a key core driver to employee engagement and we can see how passionate and how much our team wants to be involved.

Is this translating into sales?

While important, commercial return is not the core outcome of what we’re doing. It’s more about looking at both awareness and product – not simply in isolation. 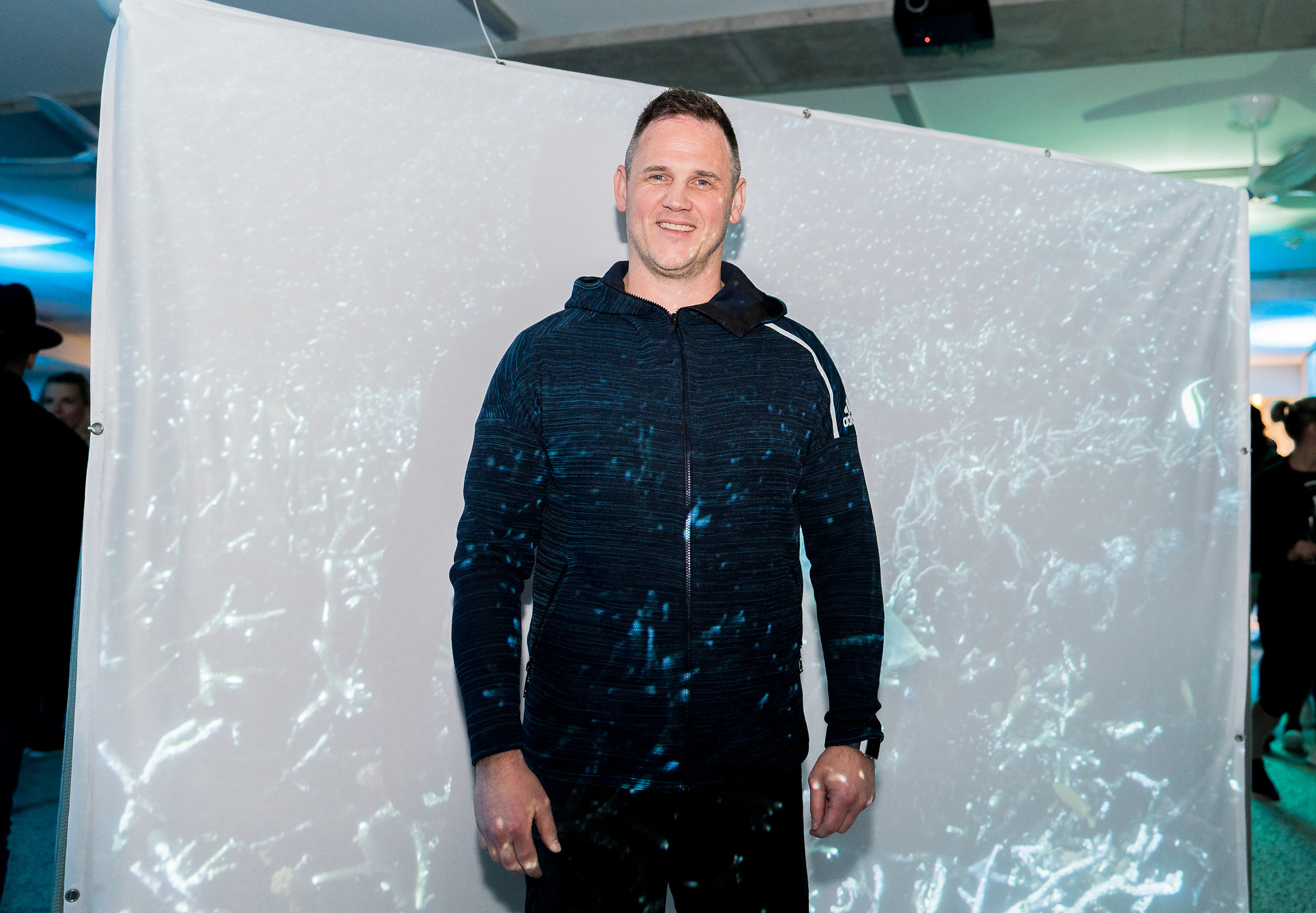 How best did you promote the initiative?

Most of our campaign was digital focused to ensure our investment is going as far as it can. There are a couple of events during the year that we can usually invest more than we usually would. Parley UltraBoost is definitely one of those.

For this we had internal events; the consumer/customer/media and influencer event in Sydney and an activation in Auckland. There were live art installations – working with local art designers, looking at how we can design and showcase recycled plastic. The focus goes beyond just sales of UltraBoost. It’s a long-term story.

What was different about this year’s campaign?

How effective is the "limited edition" hook when marketing shoes?

Like anything, it’s all about storytelling. To drive the demand and in order for the consumer to be connected to the story you’re telling is obviously going to draw demand for purchase. There’s the Yeezy and Pharrell [both on the roster of celebrity designers at Adidas] which absolutely connect to high demand. Then there’s the product like UltraBoost that you can connect a story to. Parley is another story that we can share that we are very passionate about. Every pair of Parley shoes is 11 plastic bottles which is unique.

What were the top line results from the campaign?

Nearly one million runners from all over the world joined Adidas and Parley For The Oceans during Run For The Oceans 2018 and as the second annual campaign, we tracked enough kilometers to run more than 300 times around the globe.

The activity saw Adidas donate US$1 million to help fund the Parley Ocean Plastic Program and in total, we held more than 13 major running events globally, including weekly running activities with 50 Adidas Runners communities worldwide. The money raised during Run For The Oceans will fund the Parley Ocean School initiative, which educates and empowers the next generation of Ocean Guardians through different experiences such as in-school and hands-on water activities. The program introduces youth to the underwater world and gives them the tools and inspiration to protect their future.

How did the Parley tie-up come about?

Our partnership with Parley kicked off in 2015. We partnered with them to find an end to plastic pollution. We created this Run for the Oceans, a global initiative done across all markets around the world. The purpose is to raise awareness of the stress associated with plastic pollution.

Parley for the Oceans addresses major threats towards our oceans

Runtastic, as a business, is just as passionate as we are so it seemed like a logical synergy to partner with them. They pretty much came to us globally, saw what we were doing and pitched how they could create a digital version – a digital run through their app. Through Adidas and Parley, we were able to create this on a digital platform to promote this and engage runners. The app allows our running communities to log in and track data of runs across the world and create awareness around that.

What social media channels did Adidas favour for the campaign?

How important is influencer marketing for Adidas?

From Australia, Ian Thorpe was chosen. He was involved in the original Run for the Oceans in New York and has been a key advocate for the Parley story. Ian actually represented our brand and Parley at the United Nations on June 8 [World Ocean Day]. He then went to Milan representing us in Europe. He’s really involved and amazing to see how someone from Australia can be involved on a global scale. New Zealand rugby union player Beauden Barrett was the other chosen to be part of the Global Ocean Squad. He has shown a lot of genuine passion and he’s a really natural fit.

How do you choose your influencers?

The ambassadors are selected through a very unique way. We don’t pick people simply for their huge reach. It’s more about ensuring that it’s authentic, rather than getting the most popular person at the time. Our ethos is to be a creator brand. Creativity is key and we want to make sure that the people we work with have a real focus on genuine creativity as well.
Ian is a pretty amazing guy and is so passionate about this project. He’s not performing any longer, but we’ve probably used him more in the last 12 months than we have over the last few years. It all comes down to how passionate he is about it - the way he speaks about it is so inspiring.