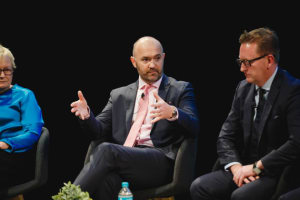 Publicis Media's ANZ boss Matt James says brands want TV to succeed because it is the most effective advertising medium.

In a panel discussion about the promise of addressable TV, James believes better targeted advertising on television is a vital step forward for the TV industry after years of declining media investment into television.

“What it will certainly do is prevent any further haemorrhaging of money from digital perspective. It’s an important step forward with regards to TV being able to address [other parts of] the purchase funnel and contribute and have a level of attribution across all elements of any brand advertising campaign,” James said at last week’s AdNews Media + Marketing Summit in Sydney.

“In time when there is scale and the value equation [is there]. We don’t do any large scale TV addressability today, there are small chunks that we are looking at because it is still quite a tough value equation when you look at specific sub demos of categories and the [lack of] scale piece.

“It [potentially] will put TV in a very strong position, particularly if they can manage someone’s journey across all levels of a particular campaign to star taking money from elsewhere. Between today and the next two years it will put TV in a much more solid position.”

James presides over one of the largest media buying groups in Australia, with agencies including Zenith, Starcom, Spark Foundry and Blue 449. He explains that media planners look for the most influential touchpoints across a consumer journey in deciding where media spend should be funnelled to meet a client’s campaign objectives. Addressable TV, once it builds scale, can help TV touchpoints influence a broader range across that consumer journey.

“You don’t sit there and go, ‘I’m going to take money out of digital and put it into TV because they’ve now got addressable’,” he explained. “We have complexity around how we map consumer journeys and how that relates making the best use of broadcast. The money will come from anywhere we can influence that consumer most appropriately.”

At the Future of TV conference in Sydney, Gotlieb said media budgets in this country had swung too far into digital channels and that addressable advertising should help TV reach into lower funnel investment usually occupied by direct response channels.

“Managing decline is not a position that television should be in,” Gotlieb said. “Part of the problem is there is an affinity in marketing circles to exploit targeting opportunities and it is a way to save money.

“Television has been put into this little box called 'top of the funnel awareness' and has never been able to exploit the money that is directed at every other level of the marketing funnel.”

“At the end of the day all of these things in combination [is where the major opportunity lies],” he said.

“Whether it is one-to-one addressability and the bottom of the funnel, a one to many brand campaign at the top, or a one to a few in the middle – the ability to target particular audience segments, behaviours or interests should allow you as a market to fill all the way through the funnel and deliver the greatest return on investment.” 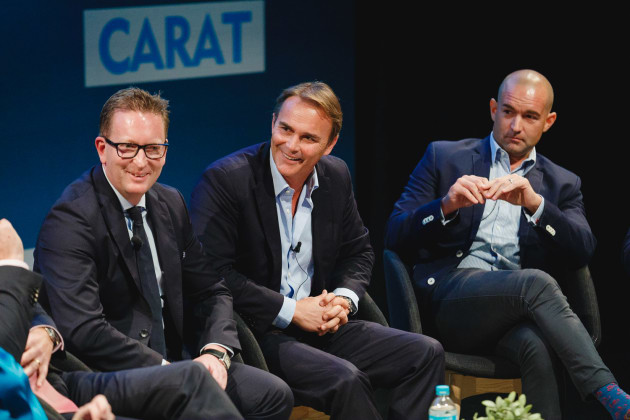 Seven West Media chief revenue officer Kurt Burnette pointed out that investment in linear broadcast TV has already seen a recovery in the past year and investment in advertising on BVODs is an area of growth.

“In the year to date this fiscal, the TV market has grown by a couple of percent, while the Broadcast Video on Demand market is going to be around the $90 million on top of that TV growth,” he said.

“By the very nature of the way it is unfolding, we would suggest there is opportunity for growth or to pull money from different areas because it has been planned that way.

“The view is that if it is $90 million now, in 2023 that BVOD market could be $1.7 billion even if television loses some of that revenue.”

James said all of Publicis Media's clients want TV to succeed because “it still is the most powerful mass platform”.

“We wouldn’t want to lose sight that TV becomes too over-fragmented. It’s the balance between the two that I think is going to be really important in the evolution of broadcast.

“What gives me great confidence that TV will grow with this new technology is that it opens up a whole new pool of advertisers that previously ignored it because it is either a national signal or because the advertising aren’t be geo-targeted for where I’m based as a brand or business. But now you can,” he said.

Yesterday, AdNews revealed how the TV industry plans to roll out 'world leading' addressable and advanced targeting solutions to the Australian market later this year.

On 25 July, AdNews will host its second Media + Marketing Summit in Melbourne where the promise of addressable TV will be dissected even further. Early bird tickets for this event are still available.