Macquarie Media to advertisers: We got it wrong with Alan Jones 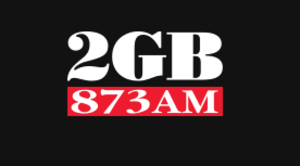 Macquarie Media has apologised to its advertisers for the recent Alan Jones controversy which resulted in many pulling their ads from the network.

Chairman Russell Tate, in a letter to clients, says the station “got it wrong” with Jones, who hosts the 2GB breakfast show, and will work to solve the issue.

In August, Jones said Prime Minister Scott Morrison should “shove a sock” down the throat of New Zealand Prime Minister Jacinda Ardern for her comments on climate change.

The comments, which were called misogynistic and violent, sparked online protests urging brands to stop advertising on the show.

“Through this incident we have experienced the ability of offended groups to greatly amplify their complaints and to actively disrupt you, our clients and your staff, who have done no more than seek to engage with the audience which chooses to listen to us,” Tate says.

"Of course, we have seen valued commercial partners withdraw from Alan's program, but the fact is we got it wrong in the first place and we must now do everything possible to ensure that doesn't happen again.”

The media company is launching a review of 2GB and 4BC programs, covering its content, presentation and controls, with a focus on audience and third party engagement.

"Our Macquarie stations and presenters will, of course, continue to initiate and encourage debate on important issues and argue passionately for the causes, values and actions in which we and our audiences believe.” Tate says.

“But we must do so in a language and tone that all of contemporary Australia finds acceptable.”

While Tate has publicly given Jones a final warning, it’s not the first time the 2GB host has caused controversy for his remarks. He has previously said former Prime Minister Julia Gillard should be put in a chaff bag and thrown out to sea. He also called Lebanese men “vermin” while reading a listener's letter.