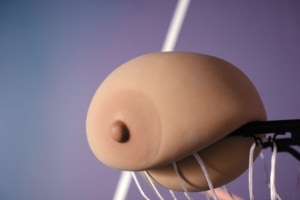 The latest Berlei ad featuring bouncing breasts could be banned from TV following complaints made to the ad watchdog.

The Ad Standards board told AdNews it has received more than 100 complaints about the Berlei ad, which means it will have to undergo a review that could lead to the ad being upheld.

The spot, from The Monkeys, features bouncing boobs in replace of exercise and sport balls used in a game of basketball and match of tennis. It was designed to promote women's breast health and the brand's sport bra range.

While the ASB cannot provide a sample of the complaints, one person wrote on Facebook: "Berlei I hate your new sports bra ad. It is offensive to women, especially those who have lost their breasts to breast cancer or have had treatment for breast cancer."

Another commented the ad needed to run during a more appropriate time frame suitable for children.

Berlei is no stranger to controversy with its last ad campaign being banned from Facebook and YouTube. The 2017 ad showed images of women struggling with bra complications, keeping breasts in place with duct tape and letting nipples fly freely, though it managed to stay on air.

With 100 complaints made, the latest controversial ad faces ban and will be under consideration at the next Ad Standards Community Panel meeting and a determination will be made in October.