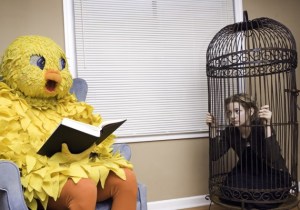 The ad spend canary has been flying lower and slower post the federal election.

Spend, as measured by media agency bookings, was up 5.5% in pre-election April, ensuring a record for the first four months of 2022.

The monthly result itself was not at a record level due to the Gold Coast Commonwealth Games in April 2018, along with a boost in bank advertising ahead of the financial services royal commission.

The SMI (Standard Media Index) reported huge year-on-year growth in bookings from the Government (up 83.5% on Aprtil 2021) and Political Party/ Assoc/Unions (up 309%) Product Categories.

"But when we remove those categories from the database we can see the underlying market demand is weaker," says SMI AU/NZ managing director Jane Ractliffe.

Total bookings, minus the election ad spend, were back 0.4% year-on-year.

The market is going to be searching for a new direction following the election, says Ractliffe.

In the month of April the fastest growing media were Outdoor and Cinema.

The SMI data also highlights the market’s recent strength post COVID, with both the calendar and financial year bookings at record levels, with the financial year totals through $7 billion for the first time in a ten-month period.