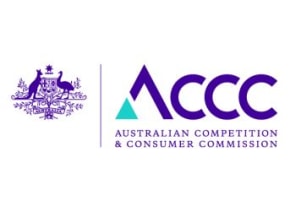 The competition watchdog, the ACCC, has released draft frameworks for a bargaining code between news publishers and digital platforms, including the option for collective bargaining to force tech giants to pay for news.

The concept papers, released today, have been put forward by the Australian Competition and Consumer Commission (ACCC) for feedback from the industry.

The ACCC was instructed by the federal government to develop a mandorary code of conduct to make Facebook and Google pay for publishers’ news content after the government said no meaningful progress was being made on a voluntary code.

A total of four frameworks have been outlined, including one that allows for collective bargaining to be used by news media companies. Under this framework, Australian media companies would be able to negotiate as a collective with each of Google and Facebook to secure more favourable commercial terms for the use of their content than they might be able to achieve through individual negotiations.

Also put forward as an option is a collective boycott, which would allow commercially funded news media businesses to collectively boycott, or threaten to, if negotiations with Facebook and Google are unsuccessful.

Collective bargaining and a collective boycott, both anti-competitive behaviours, would normally require ACCC authorisation under the Competition and Consumer Act 2010, however, this wouldn’t be required if the conduct is authorised by legislation or regulation.

The ACCC highlights a number of concerns with a collective boycott, including a possible reduction in news availability for the public. It could also damage news media businesses which would lose referrals from the digital platforms.

“Alternatively, an individual business may intentionally delay reaching agreement in order to ‘spoil’ the negotiating process for its competitors—particularly if it believes it derives less benefit than other news media businesses from use of its content by that digital platform.”

Another framework includes a collective licensing or fee arrangement, where all parties will enter into collective arrangements for the payment of fixed fees for the use of news content by Facebook and Google. This negotiation could be carried out by the media companies themselves, or through an intermediate body such as a collecting society, which would also assist with the collection and distribution of fees.

A final framework is bilateral negotiations between each of the news media companies and Facebook and Google, supported by recourse to independent arbitration if negotiations fall through.

The ACCC is inviting stakeholders to provide their views on the frameworks by June 5.