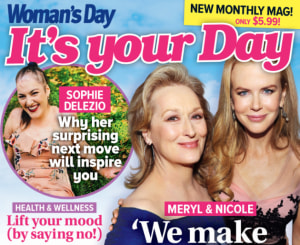 The Australian Competition and Consumer Commission (ACCC) has preliminary concerns around Pacific and Bauer’s proposed merger, citing reduced competition in the market.

However, the deal combining two of Australian biggest magazine publishers will face more scrutiny from the consumer watchdog which is concerned about the impact it will have on key weekly titles.

ACCC chair Rod Sims says the two businesses are the only magazine publishers in certain categories. He raises particular concerns around Bauer’s Woman’s Day and Take 5 and Pacific’s New Idea and That’s Life which compete head-to-head on content and cover price.

Sims says in the face of declining magazine revenue, outlined in its Digital Platforms Inquiry report, titles will continue to close irrespective of this deal.

“However, competition within markets has an important role to play to protect consumers, even in declining markets,” Sims says.

“The key Bauer and Pacific Magazine titles remain profitable, and in some cases average more than one million readers per issue. If Bauer bought Pacific Magazines, Bauer would remove its closest competitor in certain segments.

“Our preliminary view is that this would allow Bauer to reduce the effort put into content production and the range of content, or to increase prices.”

In response Seven West Media says the watchdog has taken an “overly narrow” view of the competition dynamics for publishers and not properly considered competition constraints from digital and social media.

“The transaction represents an opportunity to provide a stronger base for these titles to compete into the future against digital platforms.”

Bauer says it’s disappointed by the opposition raised to the merger.

“In view of the ACCC’s own findings in its recent Digital Platforms Inquiry, we are surprised that it has not cleared the acquisition at this stage,” says Adrian Goss, Bauer Media general counsel.

“While we are confident of receiving clearance in the New Year, the ongoing uncertainty is enormously challenging for Pacific Magazines’ staff and the business more generally.”

The ACCC is also looking into the impact of the proposed acquisition on content acquisition, including photographs.

The watchdog is inviting submissions from interested parties by February 14. Its final decision is scheduled for April 2.