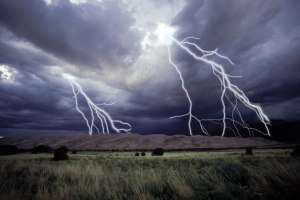 “Advertising technology, or ad tech, has significantly transformed the way that advertising is delivered to consumers online. As consumers live more of their lives online, ad tech plays an increasingly critical role in the advertising market and the wider digital economy,” says ACCC Chair Rod Sims.

“But there is a real lack of competition, choice and transparency in this industry. These issues add to the cost of advertising for businesses, which will ultimately impact the prices paid by consumers.”

Google, the largest provider of all of the key adtech services examined by the report, is the only provider across the full ad tech supply chain that also sells ad inventory.

The ACCC estimates that Google’s share of the revenue or ads traded in each of the required services in Australia ranges from 50-60% to between 90-100%, depending on the service.

Google has made a series of acquisitions that have cemented its strong position in the ad tech supply chain, which is further reinforced by its unrivalled access to data from its wide range of consumer-facing services, including Google Search, Chrome and Android, and from its network of trackers on third-party websites and apps.

“Google’s significant presence across the whole ad tech supply chain, combined with its significant data advantage, means Google is likely to have the ability and the incentive to preference its own ad tech businesses in ways that affect competition,” says Sims.

“During this inquiry we have heard concerns from parties about potential conflicts of interest from Google’s various roles in this industry.

"This includes Google very often acting on behalf of both publishers and advertisers for the same ad sale across the ad tech supply chain, while also selling its own ad inventory.”

Google-owned YouTube’s ad inventory is sold exclusively through Google’s own platforms. Advertisers who consider YouTube ads essential to their advertising strategy must use Google’s ad tech services to buy these ads.

Google also does not participate in header bidding auctions run by publishers, in which they offer ad inventory for sale to advertisers in a real-time bidding process.

The ACCC has also heard concerns about the competitive effect of Google’s restrictions on rivals’ access to different types of data, such as its move to block access to the DoubleClick ID and its proposal to block third-party cookies on Chrome.

The ACCC’s preliminary report sets out possible options for addressing the issues in the adtech industry:

The ACCC is seeking feedback.