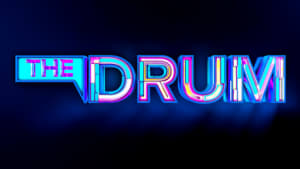 The ABC is set to axe opinion website The Drum in a cost-saving move that is one of the first made by new managing director Michelle Guthrie.

In an email sent to staff today, ABC head of news content Gaven Morris told employees The Drum's online presence will be discontinued after this week although the TV program will continue.

“Going beyond the headlines to give audiences a deeper understanding of stories has always been a vital element of what ABC News does. Currently we are reworking how we approach this type of content on our digital platforms, shifting our emphasis from traditional opinion writing towards providing more of the essential context and analysis audiences need in order to fully understand and interpret the major stories and important issues.”

Morris says editor Chip Rolley will be exiting the ABC when his current contract expires and there will be “no redundancies as a result of the change”.

Rolley took to Twitter to comment on the closure, saying he’s seeking a new challenge after four years in the role.

The Drum is an opinion and news analysis website that publishes regular contributions from inside and outside the ABC, including from journalists Barrie Cassidy, Ian Verrender and Annabel Crabb. Morris says these contributors will continue to write for the ABC.

The Drum has a sister TV program that will not be affected by the website's closure.

“The Drum has been a successful initiative for ABC News as a forum for commentary and debate, but as our digital audiences continues to grow and develop, and we continue to manage tight resources, it’s time for us to do this type of content in a different way,” Morris writes.

“We’ll also still have the capacity to work with community and academic partners to offer more analysis. We are keen to provide all Australians with a digital home for Australian politics and policy, and I’ll have more to say on that in the weeks ahead.”

He concluded the announcement by paying tribute to The Drum team, hailing the online publication a “pathsetter”.

While the axing of The Drum will not save a huge amount of money, with only two staff onboard, the ABC said it will streamline the public broadcaster's online analysis and focus more on news analysis and less on outside opinion.

The Drum has previously caused controversy, repeatedly targeted by other Australian publishers, including Crikey, whose editor said The Drum produced similar content to its own.

The Australian associate editor Chris Kenny has been a critic of The Drum previously. When news of The Drum’s closure broke, he tweeted: “An outbreak of common sense”.

Australian media commentator Mike Carlton also took to Twitter saying: "This is not a good look. Standby for the howls of glee from Kenny, Gollum and all the usual Murdoch toadies."