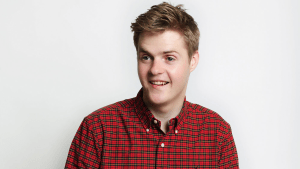 Ballard, host of the ABC show Tonightly with Tom Ballard, said he had a "consensual sexual experience with someone" four years ago and the alleged victim's account is "simply not what happened".

The allegation was published on Facebook on Saturday, with the man, now revealed to be JooYung Roberts, alleging Ballard indecently assaulted him in a hotel room in June 2014. Roberts said he went to the police but they couldn't investigate further because Ballard "hadn't gone outside of the confines of the law".

In a statement, Ballard said he had become aware over the past six months about an allegation of sexual assault against him.

He described the allegations as "false, deeply distressing and unhelpful".

"I had absolutely no idea he believed it wasn't consensual until six months ago. His version of that experience as described on social media is simply not what happened," Ballard said.

"This false claim has been spread via social media, text messages and gossip. It has been deeply distressing for me, my friends and my family. It has affected my work and my mental health."

The ABC has issued a statement saying that it's was aware of the claim made against Ballard and takes these types of allegations "very seriously".

"Tom has denied this claim in the strongest terms possible," the statement said.

"The ABC takes any allegation of harassment very seriously and does not condone or tolerate any inappropriate behaviour.

"All ABC employees are made aware of and must abide by our discrimination, bullying and harassment policy at all times."