ABC News is launching its first WhatsApp trial, with the news organisation using the 2016 Oscars to test out sending news updates through the popular messaging service.

The ABC has been using its social channels to promote the trial, asking people to download WhatsApp, save its number to their contact list and then to opt in.

The ABC's digital managing editor, Stuart Watt, told AdNews that this trial is about extending the ways the news organisation reaches its audience.

“We already have our traditional platforms, such as our website, and our broadcast platforms and we've extended over the past seven years into social media, such as Twitter and Facebook,” he says. “This is another opportunity to extend into a space that people already inhabit, to make sure ABC content is available there for them.”

Messenger apps are quickly becoming the next frontier for brands, however offerings like WhatsApp are staunchly against advertising. However the apps CEO Jan Koum has previously explained it is testing how businesses can start communicating with consumers, in a way that will not look like a traditional ad product.

The ABC isn't the first media organisation to use the app for news purposes, with the BBC using WhatsApp to gather eye witness accounts, with people getting in contact with the news organisation during the terrorist attacks in Tunisia and Paris.

The ABC appears to be one of the first local news organisations to dabble with the app. 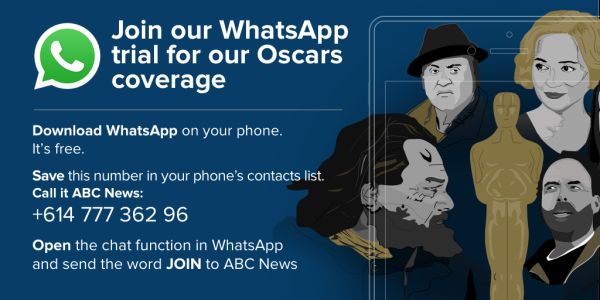 Watt explained that the ABC is already looking into what other organisations are using the app for, although he reiterated that at this stage the ABC is just testing to see how the app can help it engage its audience.

“There's no doubt that these chat apps are hugely popular and there are millions of people using them everyday, so it's a fertile field if we can take advantage of it.

“This is our first foray into this area, but I'm sure it won't be the last time we look to use WhatsApp and services like it to connect with the audience.”

Facebook acquired the messaging app in early 2014 for $19 billion, with the app hitting 900 million users worldwide in September 2015.