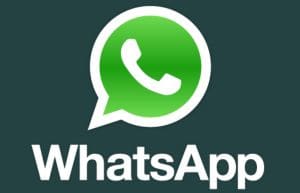 Continuing its acquisition spree, Facebook has bought WhatsApp for US$16 billion, significantly increasing its stronghold in the instant messaging space. As with any Facebook play, the burning question is how will it monetise.  WhatsApp is staunchly anti-advertising.

Facebook says it will keep the service running independently and the WhatsApp brand will remain, adding that the acquisition “accelerates Facebook’s ability to bring connectivity and utility to the world”.

It has pledged that it will continue to operate as separate platform to its Facebook messenger app and says it plans to treat WhatsApp in the same way it has handled Instagram since acquiring it for $1bn.

That example implies the possibility of advertising down the track but a blog post by WhatsApp co-founder and CEO Jan Koum says users can “still count on absolutely no ads interrupting your communication”.

He added: “There would have been no partnership between our two companies if we had to compromise on the core principles that will always define our company, our vision and our product. Koum will join Facebook's board of directors.

On WhatsApp's website, a statement from the founders, who both previously worked in ad sales at Yahoo!, explains why the service doesn't run advertising.

They said: "No one wakes up excited to see more advertising, no one goes to sleep thinking about the ads they’ll see tomorrow. When we sat down to start our own thing together three years ago we wanted to make something that wasn’t just another ad clearinghouse ... We knew we could do what most people aim to do every day: avoid ads."

More than 450 million people globally use WhatsApp. More than 70% of the users are active every day. It adds more than 1 million users a day, and more than 600 million photos are shared daily, offering a huge audience of users, frequency and reach.

"WhatsApp is on a path to connect 1 billion people. The services that reach that milestone are all incredibly valuable," said Mark Zuckerberg, Facebook founder and CEO. "I've known Jan for a long time and I'm excited to partner with him and his team to make the world more open and connected."

Forrester tech analyst Nate Elliott says it is tempting to read the aquisition as a sign Facebook is scared of losing teens, with WhatsApp potentially a retention play.

"Facebook works harder than any other social site to keep people coming back. In the past year they've focused much of that effort on mobile, introducing Home and Paper, and upgrading both their Facebook and Messenger apps and this is another step towards keeping people engaged no matter where they are," he said.

The US$16 billion deal is a mix of cash and Facebook shares.

Facebook is currently trialling ads within Instagram in the US and is ramping up its efforts with marketers to encourage brands to use the platform. It also recently added a direct messaging function to grow its share of the instant messaging space.