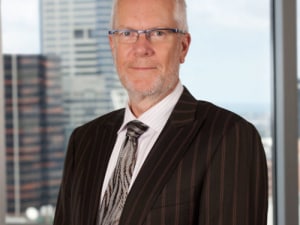 ABC chairman Justin Milne has stepped down from his role following a week of controversy at the public broadcaster.

The besieged chairman has been under fire this week following the departure of MD Michelle Guthrie, culminating in the leak of emails that revealed Milne had looked to use his authority to oust chief economics correspondent Emma Alberici.

"Clearly there is a lot of pressure on the organisation, and as always, my interests have been to look after the interests of the corporation," Milne said in an interview with ABC News.

In response to claims of political interference by the Government and senior ABC board members, the Coalition and Minister for Communications and Arts Mitch Fifield have launched an inquiry into actions within the public broadcaster.

Yesterday's news that Milne had sent an email to recently sacked ABC MD Michelle Guthrie, calling for the removal of the broadcaster's chief economics correspondent Emma Alberici, sent shockwaves through the media industry.

The email stemmed from a complaint by ex-Prime Minister Malcolm Turnbull regarding Alberici's recent political coverage.

In response, hundreds of ABC staff walked out of its Ultimo, Sydney headquarters as calls for Milne to stand down reached boiling point.

Hundreds of ABC staff have walked out of the building after passing a motion calling for Chairman Justin Milne to stand down while there’s an independent inquiry. pic.twitter.com/XTmM7T4oXl