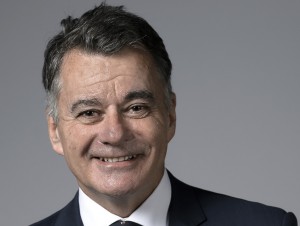 The AAP newswire has been bought by a consortium headed by former News Corp CEO Peter Tonagh after the national news agency's major shareholders, competitors News Corp and Nine Entertainment, decided to go it alone with syndicated news.

Gillies says he will not be joining the new venture and instead will seek opportunities outside AAP.

"While wholeheartedly supporting the ‘Newswire 2.0’, the fact is it will be significantly smaller than the newsroom I have led and cannot expect to support a news executive at my level." he wrote in a Linkedin post.

He will hand over on July 31 to a new leadership team.

"As I reflect on my 16 years as AAP’s editor in chief, I feel nothing but pride for all we have achieved - news coverage to the highest standard, cutting edge projects, and the people we have attracted and developed," he says.

"This part of my life has been a privilege that has inspired me everyday and will stay in my heart forever."

Gillies came to AAP after working in newspapers at Rural Press, which later became part of Fairfax (now Nine Entertainment), where he was group editor and publishing services manager.