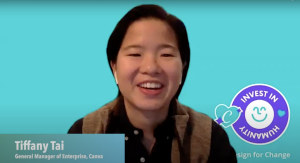 The subscription surge of 2020
There’s little doubt that while for many the changed circumstances of 2020 have been challenging, they have also put the wind in the sails (and sales) of some businesses.

With so many people stuck at home it’s unsurprising the growth in entertainment subscription services have been especially pronounced this year.

“But it's not just streaming entertainment. We've seen fitness apps like SWEAT from Kayla expanding their footprint too,” he says.

US-based Sara Kimel, Media and Marketing Strategist, Entertainment at Facebook explains that a similar trend is occurring stateside. “Over 50% of US consumers surveyed by Canvas8 say they’ve been using video streaming more since the start of the pandemic,” she says.

Kimel also notes that entertainment companies are shifting strategies to accommodate these changes in consumer behaviour.

“Take Disney for example. For the movie Mulan it decided to shift from a global theatrical release, and instead make that a premium video on demand effort.

“And with the upcoming film Soul, also slated for a global theatrical release, they are instead offering it to their subscription customers as part of the Disney+ service,” Kimel says.

Graphic design juggernaut Canva is another business that is experiencing a growth spurt in 2020. Tiffany Tai, Canva’s General Manager of Enterprise says that the business has doubled its monthly active users from 20 million to 40 million over the course of the year and seen a threefold increase in the number of people collaborating on designs since June.

This week it launched a new product, Canva for Teams, which Tai says will bring more collaboration tools into play. One of the new release’s core goals is to help reduce digital fatigue.

“Digital fatigue and calendar Tetris is very, very real,” Tai explains. “So we are trying to make that easier by integrating launch features such as talking presentations, which is an alternative to live or a fully pre-recorded format.”

The ‘gold standard’ of subscription models
Given the surge in digital literacy and rapid evolution of delivery and ordering services, many more businesses are eyeing how to get in on the subscription act across other verticals.

When asked what these businesses should be thinking about, Tai says a focus on the available tiers and features, and who can do what, is a good place to start: “Ultimately, a great subscription product sticks to the core principles of keeping it simple, giving users freedom of choice and employing a user-centric approach.

“We're offering a new pricing promotion to encourage team usage. This makes it easy to co-create without the purchasing friction of buying more seats,” she says.

Giving your community a chance to express themselves is another important factor, Tai explains. “Creativity is something that's been incredibly important for the overall community that we try to foster at Canva. Every time I look at our Canva creatives I am absolutely blown away by what they've been able to come up with,” she adds.

Juma-Ross agrees that creativity is essential, but believes an equally important consideration is a nuanced understanding of lifetime customer value.

“The gold standard for excellence is high value customer retention. And almost nobody does this at scale. Many companies have theoretical, hand wavy concepts around loyalty, but very few have a concrete mathematical approach to executing on lifetime value,” he says.

For Kimel, closely aligning brand with your content offering is key for developing a successful subscriptions service.

“We’re seeing within streaming entertainment that there is a deep need to drive service association. If you think about film promotion and your favourite movie, you probably don't know which studio made that film.

“Now it mightn’t have affected the success of that movie, but it's still critical that streaming entertainment services educate their consumers about the content that they have to drive long term success,” she explains.

Kimel also backs the concept of creative excellence, explaining: “Entertainment brands are arguably the best storytellers in the world. Video content is their product and they take deep pride in building amazing creative, especially on the Facebook platform.

“The playbook has not been written yet, but the best brands are really focused on developing a long-term relationship with their consumers and building their brand efforts.”

Subscription Fatigue
But could a mountain of subscription services be a case of too much of a good thing and is there a limit to how many customers will take on?

“I do think streaming fatigue is very real,” Kimel says. “There is more competition in the marketplace, resulting in consumers feeling overwhelmed on where to find what content and constantly assessing their massive streaming bill.

“And I think that, you know, it just goes back to the streaming companies focusing their efforts. on building a long term relationship with their customer, and driving lifecycle marketing efforts, because it's such a competitive space,” she adds.

It's not like 10-15 years ago, when there was nobody really in this space, observes Juma-Ross.

The next great subscription idea
Kimel pointed to a recent example of a local cafe in Los Angeles that was struggling to pay its rent at the beginning of the pandemic.

For Tai it was the discovery of multiple subscription pet sitting services, such as Mad Paws. “I'm really excited to be able to start trying them out and figuring out which platform makes the most sense, and I will definitely be a subscriber pretty soon.”

Juma-Ross thinks education is an area that makes a lot of sense. “We've already seen a lot of tertiary education content moved to video. But I think what's missing are services for students or parents or schools and delivering informal continuous learning.”