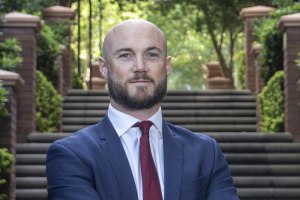 Harris joined JCDecaux UK in 2006, ultimately becoming responsible for sales performance across the JCDecaux Premiere and Digital Large Format portfolios before leaving for Australia in late 2012. He joined the Sydney office in early 2013 and has been leading the NSW sales team for the past five years.

“I’m incredibly excited to take this next step in this national leadership role and work closer with our highly talented teams to deliver results for our customers," says Harris.

"It has been a privilege to work with Olly, we have achieved many great things together. It has been inspiring to see the sales team develop under his leadership. JCDecaux remains at the forefront of the out-of-home industry so I could not be prouder to take on this challenge.”

Max Eburne, JCDecaux’s chief commercial officer. “At JCDecaux we nurture our people throughout their career journeys to offer them opportunities, so I am delighted to promote John into the role of General Manager, Sales.

"John has an excellent reputation throughout the media industry as well as a wealth of experience, high levels of customer service and standards.

"I look forward to continuing working together as we head into one of the busiest and exciting periods of the JCDecaux business as we commence our partnership with Sydney Trains and as the out-of-home market comes back stronger than ever on the other side of the pandemic.”

Oliver Newton, after a successful 15 years at JCDecaux across Manchester, London, and Sydney, has a new role as advertising sales director at Amazon.

On Newton’s departure, Eburne said: “Olly has been a remarkable colleague and friend, and while it’s sad to see him go, he can be proud of the enormous contribution he’s made over the past 11 years. He’s achieved many things but most importantly earned the trust and respect of our clients, employees, and peers in our industry. Olly has inspired and mentored many people at JCDecaux and I’m sure he’ll go on to have a similarly positive effect on many others at Amazon.”

Oliver Newton: “I’ve had an amazing career at JCDecaux it’s been a privilege to work with so many great people and see the evolution of JCDecaux as a business. I am leaving the team in strong hands with John Harris at the helm. This company has been so influential and nurturing during the many stages of my career. I’m sad to say goodbye but I’m excited for the next chapter at Amazon.”

Newton leaves JCDecaux in November. The process to find a replacement for John Harris’ current role as NSW Sales Director is currently underway.