A look into Liberal and Labor’s ad strategy 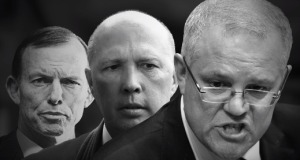 As the first full week of the campaign draws to a close and the so called “truce” comes into effect for the Easter long weekend and ANZAC Day, it is time to stop and see who is doing what for the election.

First to some basic figures* on political parties on social media. 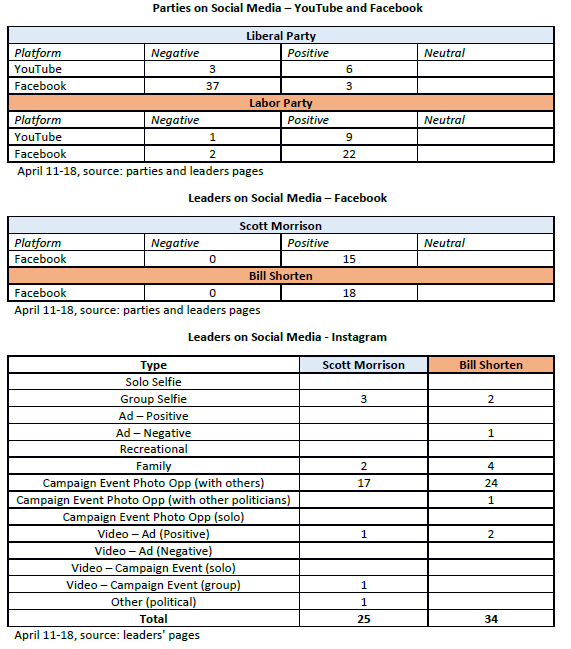 *Note: Figures are compiled based on freely available information and my limited time and resources so represent a snapshot and not necessarily an accurate count of all ads run.

Liberals
The Liberals announced the election via Scott Morrison’s slice of life which dropped the night before the 7am announcement on 11 April. The slice of life is the political version of doing brand salience and identity in one quick hit, not that it usually works because of the high level of negative attitudes towards both political brand and ad.

This was not a bad attempt by the Liberals, very casual, good use of family, nice speed, but there were far too many words. The message should have focused much more on the PM being a normal person – dad life, husband life, what he likes to do on a weekend, not a pitch. Sigh.

Its lack of traction in the market speaks volumes about where both sides start in the minds of most voters when it comes to campaigning.

The positive messaging was of course followed up by the good ol’ favourite of negative ads, led by The Bill Australia Can’t Afford. For a negative ad this was clean – it kept information to a minimum, focused on a simple message and used a plain background so as not to distract from the message. As an issue, though the economy is not polling that strongly so the Coalition may want to refocus future efforts.

There were other negative ads dropped, and again the key theme in each was focusing on the risk of a Labor government, so trying to get back the disaffected Coalition voters who’ve left and gone across to Labor.

The surprise early on is how many negative ads are being run on Facebook – that ratio is the biggest I’ve ever seen in a campaign. In percentage terms, 93%. Amazing.

The Liberals though will need to produce more positive messaging to highlight what they offer and spend less focus on what Labor won’t. This is especially so as the pre-poll voting date gets closer, where up to 40% are expected to vote.

Labor
This election so far is becoming a contrast not just in leaders and policies, but also how that's playing out in the advertising space. Labor are going for a far more positive campaign – be it on social or traditional media. There is a touch of negative though, and playing to the FOMO angle which Labor tend to like so much in their campaigns.

Bill Shorten’s initial campaign slice of life was in stark contrast to how Jacinda Ardern started her campaign , even though Labor’s themes are essentially the same. I’ve never seen a Labor leader start a campaign ad in an office before, but this is all about minimising the risk of voting for Labor in a business and economic sense.

Labor though have started the campaign on a very positive note, reinforcing the social aspirational and opportunity narratives which have been the hallmark of their policy platform so far. Minimise the economic risk, maximise the equality and opportunity to reinforce a “no one gets left behind” message.

Labor has had to do this partly because Bill Shorten trails as preferred PM. They actually need to make the emphasis on the policies and not the people, and perhaps that will be a strength as the campaign develops.

The negative ads for Labor, especially Scott Morrison - Only For The Top End Of Town, use Peter Dutton and Tony Abbott in the messaging to remind voters who disposed of Malcolm Turnbull and who are associated with the far-right of the Liberal Party. Brand association. Clever messaging as this issue is a negative for the Liberals in the middle markets, and hurts the sense that their brand is progressive or consistent with the party name in any way. Watch for more of this in the campaign ahead.

Andrew Hughes, a specialist in political advertising, is a lecturer in marketing in the Research School of Management at ANU.