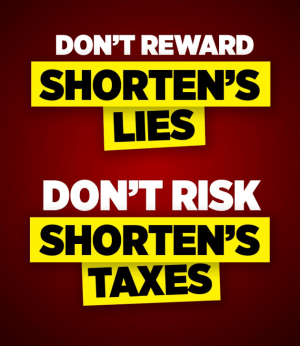 According to the latest official ads for the Liberal Party of Australia, the last time the Australian Labor Party were in power – before the Liberals took charge of the country in 2013 – they let in “over 50,000 illegal immigrants and cost taxpayers billions of dollars”.

Now, in their reinvigorated bid to maintain the status quo, Liberal are insisting Labor leader Bill Shorten would take the country down a similar path if he were to come into power, tagging him as “The Bill Australia can't afford.

“Labor will weaken border protection,” the ad states, adding that, “People smugglers are watching and waiting.”

With stark images of illegal boats and a sound bite from Federal Minister for Macquarie, Susan Templeman, making an impassioned plea that, “Enough is enough – let them stay!” the ad also states that there are many Labor MPs that support policies they suggest will lead to another inlux of illegal immigrants.

“It could happen again,” the ad says.

In another clip, the Liberals point out that new Labor taxes may dramatically sting Australians directly in the hip pocket, with an increased tax bill of $200 billion.

“None of us like receiving bills,” the ad starts, before mentioning Labor's new retirement tax, small business tax and other taxes as potential severe drains on the public.

It's not yet clear who created the ads, but the Liberal Party of Australia called out for expressions of interest from creative teams in March this year. Interested parties were asked to submit a credentials document and brief statement explaining their suitability and how they would approach the job.