A limited slice of a $5 million account? Bring it on - Dooris 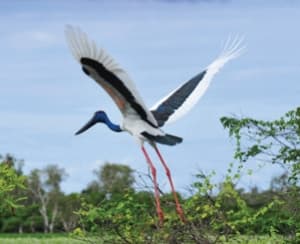 Instead of being the only agency who won the $5 million media account on the NT Tourism pitch, Atomic 212 is one of five – and MD Jason Dooris couldn't be more pleased.

The NT government announced a panel to take on the NT creative and media accounts earlier this week, with Atomic 212 just one of 18 different contractors awarded with the account.

The account was first pitched in October last year, with a raft of agencies responding to the tender. Of the final 18 on the contractor list, five were agencies brought in to do media buying.

On the roster are believed to be OMD, Publicis, STW Communications, and Foundation, along with Atomic 212.

Some of the agencies involved in the process were unclear on how the arrangement would work, but Dooris claims that agencies responding to the tender could have reasonably expected to be part of a panel arrangement.

“We knew going into it that there probably would be some kind of panel situation, but we were surprised it was so many on the roster,” Dooris told AdNews.

He called it a”smart move” on behalf of Tourism NT, saying that there would be natural attrition on the account.

“I think what you'll find is that the agencies selected have different skill sets so they'll be brought in to do different things,” Dooris said. “It's not so much about pitting the agencies against each other but exploring where the best skill sets are in that roster.”

“Well those bigger agencies, who's going to work really hard for a limited slice of that overall pool?” Dooris asked.

“Can you honestly say that one-fifth of an account is going to get the full attention of an agency which is busy putting together pitches for $50 million pieces of business?”

Dooris added that he expected the first briefs from the NT government within four weeks.