A hot advertising market is about to hit turbulence 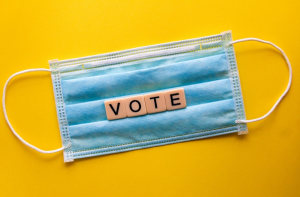 The soaring ad spend canary will soon hit the federal election, which will bring some immediate turbulence to the Australian market.

The current ad spend run is being underpinned by government in the lead up to the national poll.

Ad spend, as measured by media agency bookings, grew 3.3% in February to $595.7 million. Government ad spend was up 74% in February as pre-federal election spending kicked in.

However, the government must stop advertising once the election is called.

This is when political parties will ramp up advertising but will this be enough to replace that government spend and will other sectors, not wanting to get caught in the crossfire of politics, reduce spend?

Regardless, television will be the big beneficiary.

“Though TV remains stable thanks to a fantastic Australian Open and the Winter Olympics on Seven, all other channels lag behind their pre-pandemic figures.

“Government ad spend is making a significant contribution to revenue in the lead up to the Federal Election.

“Once the election is called, this will immediately subside, resulting in some contraction across the market.

"Consumer confidence was back 4.2% points in March, its lowest level since 2020. Though the ad market has proved very resilient over the past couple of years and we do not expect a huge shift out of the market, we might expect some caution from those sectors most affected by reduced confidence, such as luxury goods, new cars, travel, etc.”

“Despite a -7.3% result for TV due to the Australian Open, the networks are benefiting from a very tight market, and will only see further upside as we come into election time,” she says.

“We expect an announcement imminently, which will drive further pressure in TV, and as we have historically seen, an overflow of spend into radio and print.

“It will take smart negotiation and implementation to access a mix of quality and efficiency for clients over the next few months.

“And openness to trial new environments like digital audio, which has seen exceptional growth recently. Where clients can remain flexible on formats and timings will mean the ability to create opportunity. Flexibility and adaptability are as important as lead times for the foreseeable future.”

“The ad market strength can often be attributed to previous consumer confidence, which we have seen dipping recently. Key impacts on confidence are interest rates, petrol prices and the value of housing. It’s a tricky time ahead with the added complexity of elections and global uncertainty.

“Gone are the days when advertisers could make moves at the very last minute and still secure premium inventory at a reasonable rate. Advertisers need to be considered and flexible to get the best out of the current environment.

“Experience matters at a time like this, history has a habit of repeating itself.”

Steven King, Frontier Media, co-CEO: “The numbers are all largely positive. We are still waiting for outdoor and radio to get back to pre-COVID levels but they are creeping closer towards it!

“What is really great to see is the travel category rebounding as strongly as it has after a horror couple of years.

“Expect the numbers to continue trending well with Government spending well up, and an election just around the corner.”

Paul Wilkinson, Head of Commercial, Half Dome: “Looking at the latest SMI results, I think the main take out is again how strong the Australian market is looking as we head out of the first quarter.

“The fact we are seeing near record ad spend is nothing short of phenomenal and underscores the confidence of businesses in 2022.

“From a channel perspective, it’s not surprising we are seeing declines in TV – both due to the tennis moving back into January, but also due to the inflation being witnessed, especially in metro TV. As such agencies and advertisers alike are seeking efficiencies in other areas such as outdoor, cinema, and of course digital and I can only see this continuing.

“In my view the odd one out is radio – whilst digital audio is showing strong growth, the fact that radio is line ball with 2021 and almost 10% short of 2020 does seem slightly out of place. Hopefully we will see this start to pick up as we move through the year.

“The next few months will of course be dominated by government spending given the imminent election campaign – though arguably this has already commenced – the interesting question will be how other sectors react to the inflow of election revenues – will they pause, or continue to spend?

“It’s always a judgement call – but hopefully, if advertisers are continuing, they have already got their bookings through as it will be a tight market I have no doubt.”

Harry McGoldrick, Head of Media at Yakkazoo: “With the world re-opening, supply chains being slowly resolved, and consumer confidence up, it’s pleasing to see the uptick in overall spend.

“Digital has seen a few challenges with the limitations placed on it by Apply iOS 14 and 15 but with brands needing to pivot to ecommerce and omnichannel trading over the past year, as well as consumers - particularly the older ones - being more comfortable transacting online, ad spend in this channel has followed these trends.

“This is evident in the largest growth in the digital sector being the two biggest drivers of ecommerce in social and search.

“The reduction in TV spend would likely be attributed to both the Australian Open finishing but also the normalisation of channel share, with out-of-home taking a bigger piece of the pie this year compared to a TV dominated early 2021.

“Finally, it’s pleasing to see cinema gain some confidence back. Whilst the fragmentation of the movie streaming market will likely see it never return to pre-pandemic levels, there is still massive interest in the channel as shown by the performance of box office hits like Spiderman and Batman driving people back to the theatre.”

Josh Greive, Trading Director, UM: "While February marked twelve consecutive months of growth, I believe that the market has been on edge waiting for the government to call the election and this has resulted in a slowing of advertiser spend, particularly in this most recent quarter.

"Looking ahead, I anticipate that once the election is called, investment will overflow from Television into other broadcast channels such as Radio and Outdoor to supercharge demand for at least the short to medium term.

"Outdoor will likely experience inflationary pressure as a direct result of there being less inventory within the Sydney Street furniture market, with the City of Sydney roll out being considerably behind where they were expected to be.

"Cinema is starting to benefit from the rising focus on 'attentive reach' and the strong backlog of movie titles caused by COVID lockdowns. Even though cinema investment levels have increased YOY, the channel still has quite a way to go to get back to their pre COVID levels."