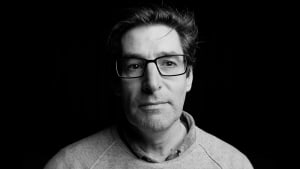 Adland has lost some of the big names and “egos” that once dominated the industry as holding companies take more credit for the work, according to The Glue Society founder Jonathan Kneebone.

“I think advertising needs more egos. The women and the men who are basically the names of the industry have gone,” he says.

“There’s an era of people who are still in the business who were the names then and they’re the names now.

“Something I’ve questioned is where the new names are?”

He speculates a reason for this could be that networks are taking ownership of ideas.

It’s one of the reasons The Glue Society has chosen not to lose its independent status over the years.

"We definitely made a decision quite early on to be something that was not likely to get bought because, as a business, we make ends meet," he says.

"At the end of the year, if everyone has got paid and we've invested in a few art works or art projects or music videos and there's a little bit of money to see us through, we're happy."

He says the biggest change in the industry that he’s observed in his 20 years at the helm of The Glue Society is the speed the industry moves.

“There’s a lot less time to do anything these days, and more urgency. Your opportunity to contribute, and have those deeper conversations is much narrower,” he says.

“It’s a shame for those entering the business now because they’re not getting a chance to really make a name for themselves.”

“That’s something I’m really passionate about, allowing people to grow creatively, because I know that’s what I’ve had the chance to do.”

Kneebone believes that often working on projects outside of adland allows the agency to spend more time with a project, with the pace of advertising not always allowing the opportunity to make real change.

"The chances to have quite deep conversations about what the opportunity is on a project and whether it was the right brief just don't happen now," he says.

"You almost have to create an exceptional case to do something exceptional."

He gives the example of the Spike Jones/Kenzo ad and says in this instance the brand and agency fought to do give themselves more time to do something new.

"Those are the opportunities you long for because that's when you're really contributing to something," he adds.

Kneebone was speaking to AdNews for the Meet the Team feature in our April Magazine, where we meet the people behind the agency. Subscribe here to get it hot off the press.