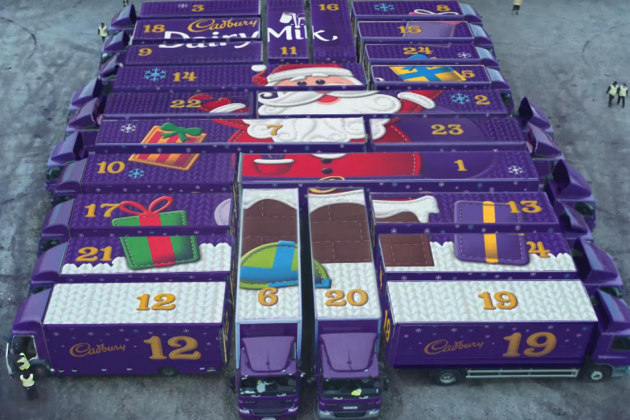 Ogilvy has released its first work for Cadbury just in time for Christmas.

Cadbury has launched its Christmas campaign marking the first work from new agency Ogilvy since it was appointed in June.

The Christmas campaign sees the return of the brand's ‘Joy Deliveries' platform.

The 15-second TV commerical feautres Cadbury trucks out for their Christmas deliveries and is an edited version of the UK campaign.

As part of the Christmas push, Cadbury is hosting a light show and free concert with Guy Sebastian at Melbourne’s Federation Square.

Sebastian will host the evening, performing Christmas Carols for onlookers, before lighting up the CBD. Cadbury Christmas characters will come to life through 3D image projection and an interactive soundscape.

It's beginning to look a lot like Christmas...
Come celebrate Christmas with @CadburyAU , @GuySebastian and @julessebastian as they light up Federation Square and serenade the city for a free concert.
Festivities will kick off tomorrow from 5pm. pic.twitter.com/JoQzut6m3N

With technology at the forefront of Cadbury's lights campaign, this year’s Christmas celebrations will also see the launch of its virtual reality sleigh tour.

Cadbury senior brand manager says the aim of the campaign is to help achieve its ambition of making Cadbury synonymous with Christmas.

“We are delighted to continue our Cadbury masterbrand support with this unique multi-platform approach this Christmas," she says.

Saatchi & Saatchi held the Cadbury account for five years before it moves to Ogilvy.