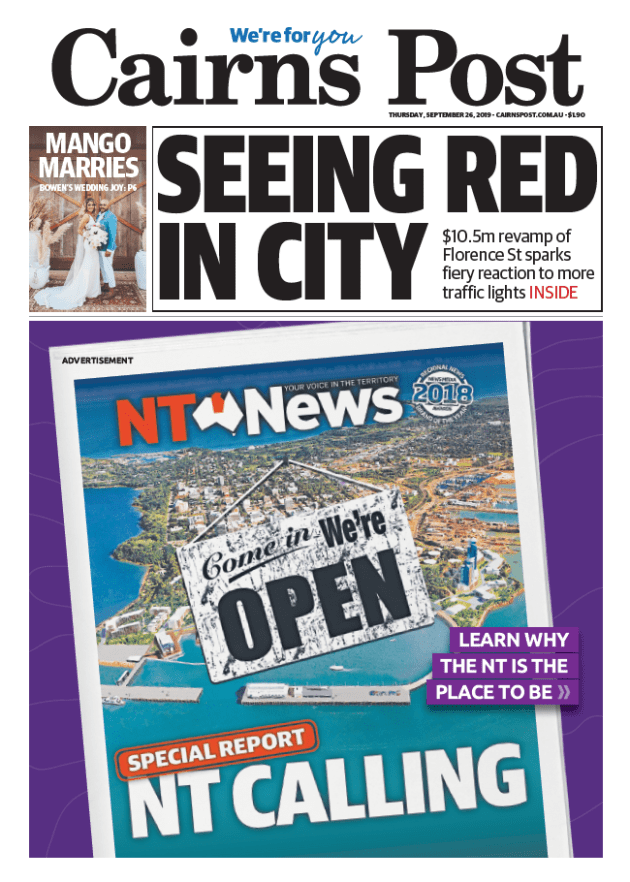 News Corp Australia’s Newsamp took out three-page wraps in Queensland papers to boast about the territory.

The Northern Territory has ignited a war of words with Queensland through News Corp papers across the state.

The NT News took out a three-page wrap in The Courier-Mail, Cairns Post, Townsville Bulletin and Toowoomba’s The Chronicle to talk up the territory to Queenslanders.

The campaign by News Corp Australia’s marketing division Newsamp for the NT Government uses stories in the cover wrap, such as major infrastructure projects, to raise the territory’s profile.

General manager of Newsamp Renee Sycamore says the campaign plays on the long-time rivalry between Territorians and Queenslanders, especially in the far north of the state.

“Our mastheads are equally competitive and are superb advocates for their regions,” Sycamore says.
“The campaign really revels in this rivalry and is designed to get people talking.

“Our Queensland editorial teams are already hitting back on morning television with the NT defending its position.”