#NotTober is here to simplify charitable giving for Australians

Clemenger BBDO Melbourne and ahm health insurance join forces to make it easier for Australians to give to charity.

ahm health insurance and Clemenger BBDO Melbourne have launched #NotTober – a month where Aussies can stop doing stuff for charity.

The campaign comes after revelations that 93% of Australians believe that charitable giving has become too hard.

In a bid to make life simpler, #NotTober is a month where Australians can raise money for charity without the fuss.

No growing a beard, drinking, not drinking, or running a marathon required.

“We get that life is a lot for many Australians and with more on their plate than ever before we understand the importance of keeping things simple so they can get some time back to enjoy life. #NotTober helps that, it’s fundraising at its absolute simplest," ahm general manager Jan O’Keefe says.

"No sign-ups, push-ups or booze give-ups, just a simple donation for a simple hashtag.”

Instead Australians can relax, take a moment for themselves, photograph it and share it on social media with the #NotTober hashtag.

ahm then takes care of the rest donating $10 to the Banksia Project, a charity focused on mental wellness, for every #NotTober photo shared.

“Sure running a marathon for charity is great, but what about those who want do good without the chafing?" Clemenger BBDO Melbourne creative director Ant Phillips says.

The campaign is rolling out across the month of October across TV, cinema, digital, social and PR. 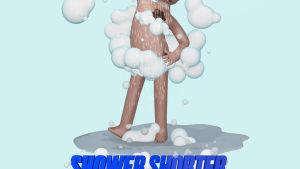 Educating Aussies on the impacts showers have on household water consumption. 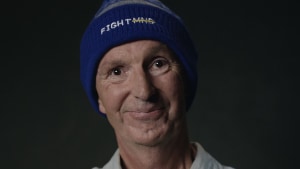 Speaking for Neale Daniher with FightMND via Clemenger BBDO

A story about incredible efforts in the face of extraordinary adversity.