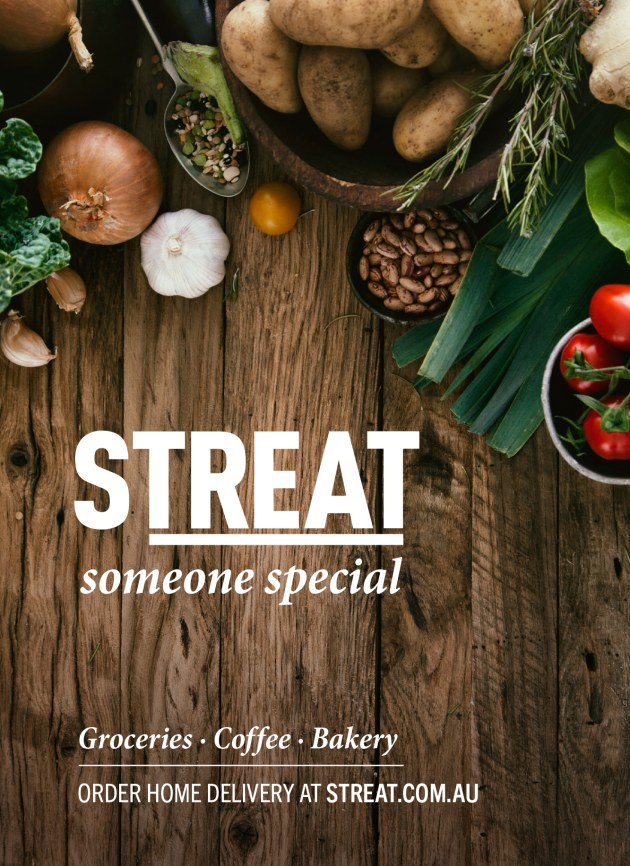 The agency has helped both organisations with campaigns recently.

Noisy Beast has been working with two of the agency’s favourite neighbours, social enterprise and café group, STREAT,
along with local charity and food kitchen FareShare, for years.

The agency recently launched integrated campaigns for both to drive awareness of the vital work they are doing during these extraordinary times.

Noisy Beast managing director David Brown says from day one the agency began with a relentless drive to give brands a bigger voice, recently galvanising the agency through its purpose to give organisations who are making a positive change a bigger voice – with no better examples of that than STREAT and FareShare.

“During this time of crisis, it is more important than ever for us to drive our purpose to give brands a bigger voice, banding together to support our community and local businesses," Brown says.

"We have had an ongoing partnership with FareShare for a few years – from helping them deliver a new brand identity back in 2018 to volunteering at their Abbotsford kitchen, so it was only right for us to offer our services to them during this difficult time.

"As one of Victoria’s leading social enterprises helping young people who need a hand (and one of our favourite local coffee shops), we also saw the need to offer a helping hand to STREAT during the current COVID climate – developing a nimble integrated campaign to communicate their new delivery service and ‘Moving Feast’ project.”

The campaign shows consumers that they can stay connected and care for their loved ones, whilst helping those
most vulnerable.

As a result, STREAT has seen a 20% increase in orders week on week and over $15,000 of orders since launching the service five weeks ago.

Along with this, STREAT also began the ‘Moving Feast’ project, where 18 social enterprises have come together to deliver ready-made meals and food boxes to vulnerable Victorians.

Since launching the project four weeks ago, they have delivered around 22,359 meals and 17,080 fresh food boxes with the support of an OOH campaign by Noisy Beast.

STREAT CEO Bec Scott says the support from Noisy Beast has been integral to the success of both their new home delivery service and ‘Moving Feast’ project – creating awareness for both STREAT and the social enterprises of Victoria and the critical work they do, especially in time of crisis.

“The hospitality sector has been one of the worst hit during the current crisis and we’ve had to adapt our business to continue thriving – we’re very thankful for Noisy Beast’s support in developing the heart-warming ‘STREAT Someone Special’ campaign," Scott says.

"We’re also grateful for Noisy Beast’s services in creating further awareness for ‘Moving Feast’ – Victoria’s social enterprises are critical at a time of crisis in creating food security and resilience for those vulnerable in the community.”

Along with STREAT, Noisy Beast offered a helping hand to local charity kitchen FareShare which cooks thousands of
free, nutritious meals every day for people doing it tough.

Charities like FareShare usually have a hard time communicating what it is truly like to live with food poverty.

With bare shopping aisles and restricted food choices during the recent panic buying, people were given a glimpse of what this feels like.

Noisy Beast developed a campaign to leverage this feeling, highlighting that while the general food shortage may be over, there are thousands of Australians who live with this reality everyday and rely on charities like FareShare to feed them.

The campaign has seen FareShare reach an even bigger audience and resulted in a significant rise in donations, with 28% of total donations coming from people outside the immediate FareShare community.

FareShare communications director Lucy Farmer says the partnership with Noisy Beast has been really important in helping them spread the word and reach a broader audience.

“We’re so excited to have the support of Noisy Beast during this difficult time – a business who is passionate about supporting the community and making a positive societal change," Farmer says.

"As more people fall on hardship, demand for our nutritious, cooked meals has increased significantly and critical funds are needed to keep the FareShare kitchen running.

"In just a few weeks, we worked with Noisy Beast to release an emotive campaign to support our winter appeal. Noisy Beast’s contribution and commitment have helped us spread the word and reach new people with our message.”