Filmed throughout Dubai, the clip has garnered international attention.

The minute long spot, which asks the rhetorical question, “What will they say about you?” has made international headlines and received global social media praise.

Thank you for this incredible art/ad/inspiration I'll show it to my two little girls today. #NIKEfamily

The clip was filmed in and around Dubai and was narrated by Saudi actress Fatima Al Banawi. It features Zahra Lari, the first Emirati figure skater, as well as Jordanian boxer Arifa Bseiso, Tunisian fencer Ines Boubakri and Emirati singer Balqees Fathi. 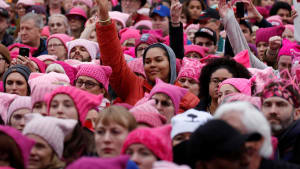