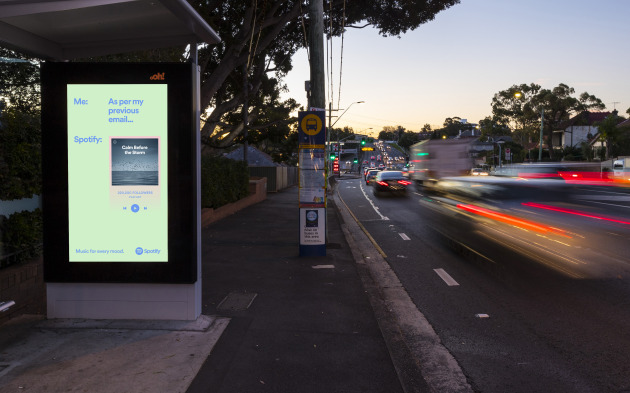 The new integrated campaign highlights how Spotify users interact with each other, through the tagline "music for every mood".

Spotify has released a global brand campaign to deepen and expand its relationships with consumers.

The campaign showcases a diverse range of content that strikes a chord in each market the campaign lives.

"This multifaceted campaign sets the stage as we seek to deepen our connection with the people who already know and love Spotify, and cultivate relationships cultivating moments of discovery in areas of the world where we are looking to expand," Sauvaget says.

In markets where Spotify has a strong presence, the campaign's goal is to deepen relationships with core millennial users and drive consideration among other target audiences.

The campaign has been inspired by social media "meme culture", highlighting how Spotify users interact with each other through the tagline "music for every mood".

In Australia and New Zealand, the campaign features playlists like Morning Motivation, Rage Beats, Timeless Love Songs, plus podcasts such as Betoota Advocate and Reply All.

The integrated campaign will be displayed across OOH, digital, TV and social in Australia, Canada, New Zealand, Netherlands, Germany, Sweden, the UK and the US.

Australian consumers will also get to witness three humorous vignettes that will show everyday, relatable moments.

The vignettes will appear on both Nine and SBS catch up TV, social and YouTube.

The campaign runs across Australia and New Zealand until mid June 2019.