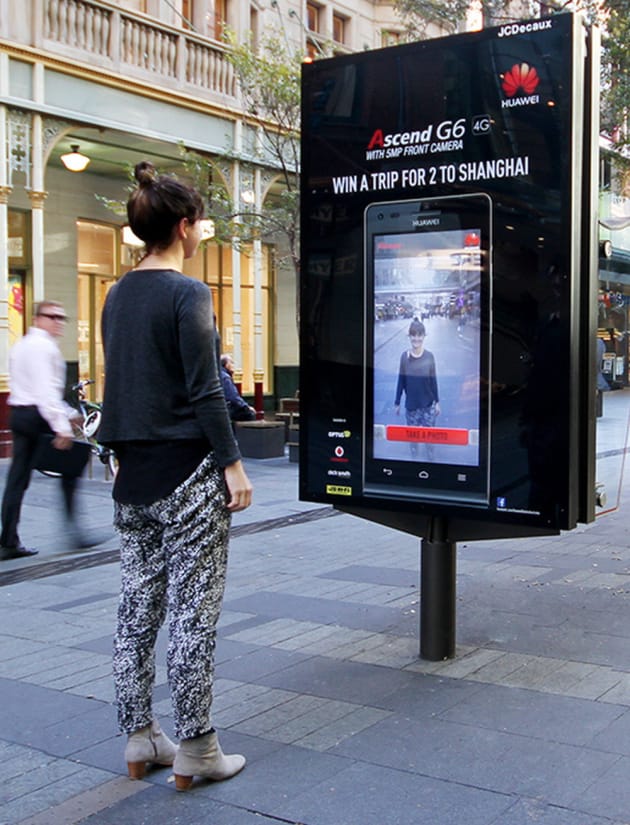 The Huawei Ascend G6 loves a good selfie, so much so that Huawei Devices and JCDecaux Innovate are inviting passersby to strike a pose in a new campaign, 'Get snap-happy'.

Pedestrians in Sydney and Melbourne can interact with a touch screen panel to promote the Huawei Ascend’s 5MP technology.

Participants are prompted to pose, have their photo taken and see their image transformed into what the cool kids call a ‘selfie bomb’, set against a backdrop of the new Transformers film.

"’Selfie’ was the word of the year for 2013 and continues to be in 2014 for executing a fun and engaging experience for users at our Innovate outdoor panels,” said Danni Robinson, JCDecaux Innovate manager.

"We needed to be powerfully simple and shoot straight."