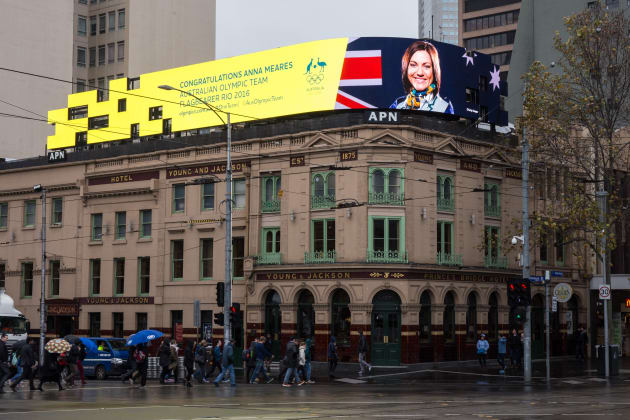 Every athlete selected for the Australian team for Rio will be celebrated across APN Outdoor's digital screen network.

The campaign aims to bring the "hype and gravity" of the Australian Olympic team selection, by sharing it with the public.

2016 Australian Olympic Team chef de mission Kitty Chiller says: "Engaging APN Outdoor as a media partner has allowed the Australian Olympic Team to communicate with Australians when they are out and about in a way that we have not yet explored until this year. The ability to showcase and congratulate out athletes, putting them up in lights for all to see is something we are truly proud to embark on with APN Outdoor and we have had great feedback from the athlete community and the public at large.”

APN Outdoor GM - sales Mark Fairhurst says Olympic team selections is just the start of what the company has planned for Rio 2016.

"Team selection announcements are such an exciting element of an Olympic year and using our superior technology across our Elite Screen network we are able to seamlessly recognise and showcase our athletes as they are selected in each sport," he says.