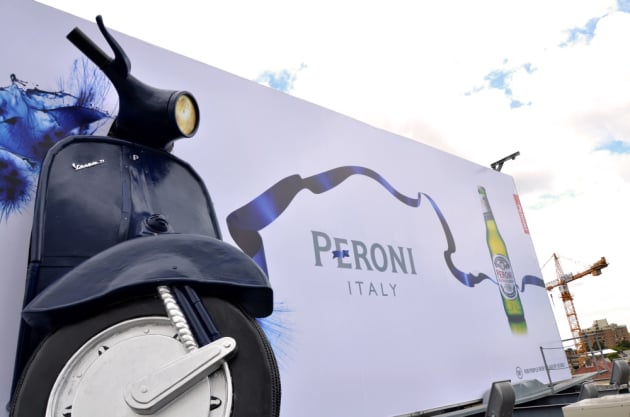 Pacific Beverages and oOh!media have unveiled a giant 3D Vespa billboard as part of a national campaign for Peroni Nastro Azzurro.

The creative agency was Kinetic with media handled by Ikon Communications. The Vespa was constructed by oOh!media.

The billboard will stay up for one month in Sydney's Taylor Square as part of a national outdoor campaign running over the summer.