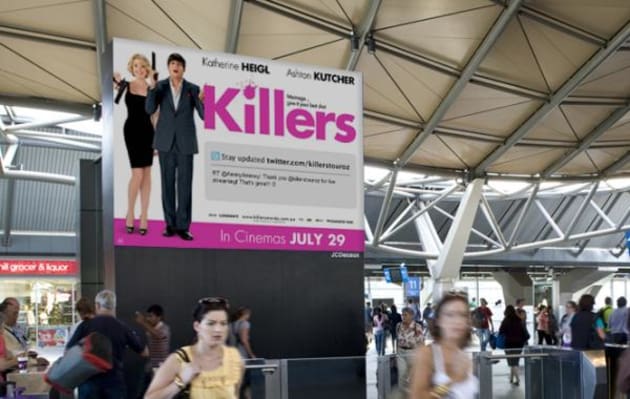 One of the promotional activities for the Killers is being featured on a large three by four metres digital billboard at Melbourne's Southern Cross station, owned by outdoor advertiser JCDecaux's digital network. Six smaller screens are also being used in the campaign.

The digital network is broadcasting live and immediate tweets from the twitter feed of killerstouroz, set up to track the Australian promotional tour of the movie. The Australian premiere took place on Sunday 18 July at Event Cinemas in Sydney, with Kutcher in attendance.

The creative was developed in-house at Roadshow.

Bundaberg Rum kicks off State of Origin with Jimmy Brings

NRL legends, Fletch and Hindy, will be putting on their boots again, to deliver Jimmy Brings orders to lucky unsuspecting fans in Sydney.