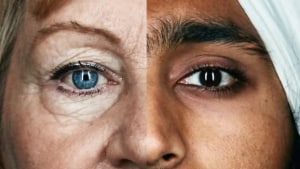 Airbnb has confirmed its Wieden+Kennedy global creative appointment will end TBWA Australia's relationship with the brand, AdNews can reveal.

TBWA will finish up work on Airbnb at the end of the year. The news is off the back of a global review which kicked off earlier this year.

Airbnb Australian brand marketing lead Ben Hallam tells AdNews the brand is in discussions on how it will work with US-based Wieden+Kennedy in this market, adding it's too early to tell if the agency will finally open an Australian office.

"We will release how we are working with Wieden+Kennedy next year," Hallam says.

TBWA has held the creative account in Australia since 2014. TBWA was not invited to take part in the pitch against Wieden and DDB.

Airbnb global CMO Jonathan Mildenhall says it was a closely contested pitch between the two agencies.

“I am delighted to confirm Wieden+Kennedy as our global agency of record after what was the most closely contested pitch of my career. Both Wieden+Kennedy and DDB developed outstanding thinking but W+K's creative work has shown us a very compelling community voice that we know will take our creative output on to the next level," he says.

Wieden will collaborate with the brand's in-house creative team. Together, they will work on a new product line due last this year, followed by new year's travel season campaign.

Wieden+Kennedy global CCO Colleen DeCourcy says the appointment cements the agency's place as the "agency of the new economy" with clients including Lyft, Spotify, Instagram, Facebook and now Airbnb.

“From day one, it's been clear to us through every interaction that Airbnb is a values-driven company that cares deeply about its mission and ethos. In this respect, Airbnb and W+K are natural partners," she says.

"We are a company that lives its values which are centered on people, creativity, and daring to do things that have never been done before. We are inspired because we believe that 21st-century brands are judged by what they do and the value they create for people."