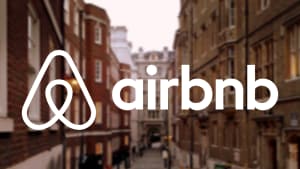 Airbnb has placed its global creative advertising business in review.

Incumbent TBWA\Chiat\Day will not participate, according to AdWeek.

In this market, TBWA has held the creative account since 2014, following a global pitch led by its Los Angeles office.

It is unclear how the relationship with TBWA Australia will be impacted by the pitch.

AdNews understands a large portion of Airbnb's marketing activity has been run out of Singapore and handled by TBWA/Chiat/Day.

The pitch process could indicate the brand is looking to test local agencies outside of TBWA and could signal further opportunity for Clemenger BBDO.

Airbnb’s global CMO Jonathan Mildenhall told AdWeek the review aims to identify a partner that will help the brand achieve its next stage of growth.

The global travel site expanded dramatically during its partnership with TBWA and became profitable for the first time during the second half of 2016. At the end of last year it launched Trips as a bid to become a one-stop shop for travellers.

At the end of last year, Airbnb appointed Ben Hallam as its first head of marketing in Australia as it looked to ramp up its presence in this market.