Wrigley's 5 suits up with Wolverine 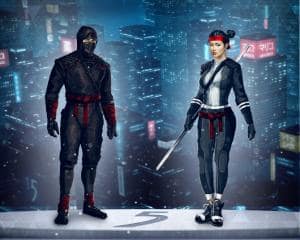 The Wrigley and X-Men partnership is back! Following on from the success of its last tie-up in 2011, Wrigley has teamed up with the new Wolverine release for its limited edition 5 Gum 'Adamantium'.

A campaign across digital, TV and point-of-sale will promote the partnership which is also running in New Zealand, Malaysia and Canada. As with the X-Men: First Class campaign two years ago, there will be an immersive gaming component.

The gaming side of the work involves a 3D map of Tokyo where players can create an avatar and explore its streets, claim territory, challenge other players and upgrade their skills. The object of the game is to find a character called Mariko and the first that succeeds will win $10,000 and a trip to Japan.

As with the previous partnership, special codes will found on packs of 5 Gum's 'Adamantium' which will allow players to trade up virtual skills.

The digital campaign was developed by Soap Creative.

Wrigley general manager Andrew Leakey said: “The 5 brand is proud to be partnering again with Fox on The Wolverine. Bringing together two great brands to engage the consumer, as we did through our partnership on X-Men: First Class has always proved to be incredibly successful and so Wrigley jumped at the opportunity to be involved with this latest movie release.

“This time we were lucky enough to take the brand connection to a whole new level by leveraging Wolverine's Australian movie set to feature Hugh Jackman in the TVC for our new Adamantium gum. Our customers have been very excited by the new Wolverine 5 product and promotional displays are hitting the stores in time for the movie release as we speak.”

Clemenger BBDO Sydney was the creative agency while media buying was handled by Starcom MediaVest.

The Wrigley and X-Men: First Class campaign took out the Grand Prix at the Media Federation Awards in 2012.