Vodafone has launched a 'hyper-local' out-of-home campaign which highlights the suburban areas that now have access to its 4G network.

It's a change in direction for the telco, which recently moved away from its 'Kidults' campaign in favour of more "rational" messaging.

Jana Kotatko, general manager brand said: "For this campaign we have targeted specific geographic areas where we have significantly improved our network performance. We want our customers to know that our 4G network is available wherever they need it."

The campaign is in the same vein as MasterCard's 'Locally Famous' campaign which highlighted local businesses around Sydney that accept MasterCard.

The campaign is rolling out in New South Wales, Western Australia and Queensland. 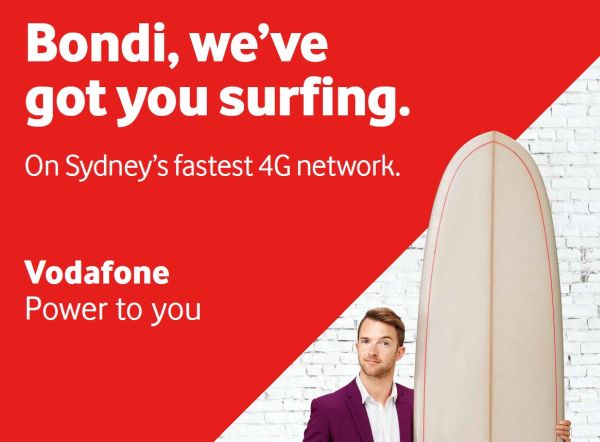