Victoria Bitter vs XXXX: Can VB reclaim its spot as Australia's favourite beer? 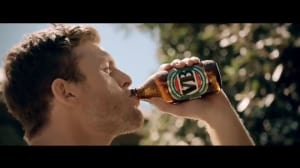 Carlton United Brewers recently returned Victoria Bitter to its original 4.9% alcohol strength in response to consumer backlash. Will it be enough?

According to Nielsen, VB was overtaken as Australia's number one beer in May by Queensland brand XXXX Gold, brewed by Lion, and VB's return to full strength was seen as an attempt to claw back the top spot.

Both brands have been pouring money into advertising – XXXX Gold and BMF recently launched the 'XXXX Island' promotion, while VB and Clemenger BBDO Melbourne are set to roll out a big new campaign next month.

AdNews asked three brand experts whether VB can take back the throne:

We have two ears and one mouth and we should use them in those proportions.

There’s no doubt that VB is an Australian icon that lost its way. It’s now making a significant turnaround by listening to its consumers and responding to what they want. By admitting a mistake and reformulating its product to 4.9% ABV, the brand is demonstrating that it can respond to consumer needs. Moreover, it has returned to the full name ‘Victoria Bitter’, which again reaffirms its strong brand heritage.

Iconic brands need to resolve a cultural tension. There’s a role for a truly Australian beer with masculine credentials in a market filled with niche boutique players. Essentially, a beer that lets blokes be blokes in an uncomplicated way.

For VB to reassert its position as Australia’s number one beer it will need to continue to affirm its proud heritage while at the same time staying relevant to a new generation of drinkers. Product innovation is one way this can be achieved, but there is also a need for truly relevant communications that manage constancy and change.

Ultimately, it’s about developing a dialogue with drinkers. By speaking to the consumer in a unique and compelling way they will stay engaged. With two ears for listening and one mouth for drinking, VB can be a brand that stays relevant for future generations.

Of course it can. Australia loves a comeback – just ask John Farnham. What is interesting about the VB 'case' is that in some part the issue with the brand was driven by one of the most rational characteristics of all: they changed the strength of the beer. Beer is one of the few categories that has unashamedly branded itself in line with the emotions of men, and rightfully so. But this is a timely reminder that the rational reasons to believe are never to be taken for granted, either.

Coke learned this the hard way in the '80s with its new formula launch, but it recovered well, and underpinning that recovery is the reason why it’s possible for them to return to form: because they clearly listened to their customers and responded in a way appropriate for the brand. In VB's case, a full-page letter from the chief executive apologising to customers is a great and humble way to demonstrate the approachability men desire from the VB brand.

We wouldn’t expect XXXX Gold to stand by and do nothing and XXXX Island is a lovely experiential and integrated idea. That said, VB is still tracking more likes on Facebook (perhaps driven a simpler mechanic to win by 'liking' rather than the installation of an app?) so there is a loyal following to build on. All in all, the slab is up for grabs as the category is bound to get (more) entertaining over the next few months, with some great creative minds looking to recapture our hearts and minds.

Carlton United Brewers has been making all the right noises for Victorian Bitter to reclaim the number one spot. XXXX’s mere 0.1% lead in beer consumption, sitting at 12.4% over VB’s 12.3%, is definitely not something to celebrate over a beer.

Firstly, a formal apology from CUB’s chief executive to beer drinkers was the perfect move, then we saw a return to VB’s former 4.9% alcoholic volume, and now the imminent Clemenger campaign due to launch in November – all these are the right things in place for the brand to bounce back.

Addressing product issues as well as strategic brand communications is the only approach to take. Embracing the former positioning that permits drinkers to have a VB as a reward for hard work reconnects with its core and loyal customer base while remaining relevant to new markets.

The brand’s iconic packaging design is also important. VB will return to what has been described as 'unmistakable packaging' feeding into the market’s nostalgia for the brand, while working to strengthen its core assets and build brand equity even further. VB is back in the game; kudos to CUB’s marketing team. I look forward to Clemenger’s campaign kicking ass.

Just thinking about VB coming back to its glory days, for me this is 'wow' ... matter of fact, I got it now!